The supposedly moderate Mahmoud Abbas has riled up his people with his lies about the Temple Mount and his praise for those who take to the streets of Israel with knives to stab Jewish men, women, and children.

This is a war for the Land of Israel and the Holy City of Jerusalem, and yet there are plenty of us who still delude ourselves into thinking that the Palestinians are potential peace partners who will lay down their knives and bombs and rockets if only the Jews would give up enough of Eretz Yisrael to satisfy them.

So many Jews, in Israel and throughout the world, are completely secular and divorced from their Jewish roots, and believe that “democracy” is the panacea that will resolve all conflicts. Too many fail of them fail to realize that democracy, like everything else in this world (except Torah) has a flip side to it.

Thus, many secularists who worship at the shrine of universalism and the democratic ideal find themselves embarrassed by the very idea of a Jewish state. To them, a Jewish state smacks of racism. Our entire Western culture is, at least theoretically, committed to the advancement of universalism. Islamists know this full well, and they have capitalized on it in America as well as in Israel.

To be sure, there will come a day when universalism and the brotherhood of all mankind will be the reality of our lives, but that will only happen when Mashiach comes, and “G-d will be One and His Name One.”

Until such time, however, we dare not compromise our distinct Jewishness, our mission, our purpose, lest we disappear in the great universal melting pot.

So every Jew who loves his people must speak out on behalf of Jerusalem. “L’ma’an Yerushalayim lo eshkot – For the sake of Jerusalem, I will not be still.”

Many Jews were euphoric in the aftermath of the 1993 Oslo Accords, envisioning a great future in which all differences would be blurred and Israelis and Arabs would be one. I recall seeing an interview on a talk show with an Islamist right around that time. “Palestine,” he proudly proclaimed, “is our G-d-given inheritance. The Jews have no right to it.”

The interviewer protested that many people would question that assertion. To which he responded by citing the well-known story of King Solomon.

“Two mothers appear before the wise King Solomon, each claiming to be the parent of an infant,” he told the interviewer. “Each swears that the baby is hers. Solomon tells them there is only one way to resolve the conflict, and that is to cut the baby in two. And with that, he lifts his sword.

“Just then, one of the women calls out, ‘Please, no, no!’ At which point Solomon proclaims, ‘She is the real mother. Only a real mother would not allow her child to be sacrificed.’ ”

The Islamist paused for a moment and smiled. “You see, we are the real mother of the land, because we will never allow it to be cut into two. We will never give up one inch. We will fight to the end and, if necessary, we are ready to give our lives because this land is our baby.

“But look at the Jews. They have no problem slicing up the land. So they cannot be the true mother.”

Although many years have since passed, that interview left me so outraged that I still feel incensed when I think about it. The audacity of a twisted mind that perverts our teachings to justify criminal acts. From whence does such chutzpah emanate? But yet that Islamist’s boast carries a crucial message for us. What lesson can we derive from it?

You don’t need to be a deep thinker to understand that when you discard your G-d-given inheritance, when you relinquish your Divine gift, when you abandon the covenant G-d made with you at Sinai, then others will come and be happy to claim it as their own and you will be left homeless and rootless, the target of ridicule.

I recall an amazing story that Menachem Begin once told me. He had recently returned from a meeting with President Jimmy Carter. Carter wanted to initiate discussions on Jerusalem, which Begin adamantly refused to consider.

Carter pressed him. “Let’s just discuss it,” he insisted. To which Begin responded with a story from our High Holy Day liturgy.

In the 11th century, the bishop of Mainz, Germany, incessantly pressured Rabbi Amnon, the beloved spiritual leader of the Jewish community, to convert. On one occasion, after being subjected to much harassment, Rabbi Amnon, seeking some respite from the bishop’s badgering, said, “Give me a few days to think about it.”

No sooner had Rabbi Amnon returned home than he fell into a terrible depression. “How could I have possibly uttered those words?” he asked himself. “How could I have allowed them to escape from my lips? G-d forbid that future generations should think I would ever have considered renouncing my faith.”

After a few days passed with no word from Rabbi Amnon, the bishop sent soldiers to arrest him. “I would like to declare my own punishment,” the rabbi said to the bishop. “The tongue that declared that I would ever entertain the idea of renouncing my faith sinned and should be severed.”

“No,” responded the bishop. “That tongue spoke correctly. It was the legs that did not carry you here that are traitorous. I will punish them and your other limbs as well.” With that, the bishop ordered his soldiers to sever all of Rabbi Amnon’s limbs in a slow and indescribably excruciating manner. He was then sent home in the most wretched condition.

It was just before Rosh Hashanah, and when the awesome day arrived, Rabbi Amnon, near death, asked to be taken to the synagogue. There, in front of the Holy Ark and as his life was leaving him, he composed and recited the awesome U’Nesaneh Tokef prayer that to this day is recited by Jews on Rosh Hashanah and Yom Kippur.

“If I were to agree to even discuss Jerusalem,” Menachem Begin told Carter, “I too would have to suffer the fate of Rabbi Amnon.” 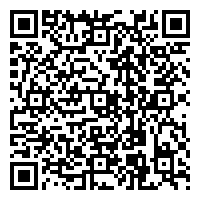