I’m a committed reader of your columns and often pass them on to family members, neighbors, and friends. Your recent columns on prayer, and the one last week on gratitude to the NYPD, are “must reads” for everyone.


I feel uncomfortable bothering you with a personal problem but I need someone to give me guidance. For obvious reasons, I prefer to remain anonymous.

I’m a graduate of a fine yeshiva high school in Brooklyn. As did most girls from my yeshiva, I went on to study for a year in Jerusalem. I loved every minute of my stay there and as soon as I returned home I wanted to go back. I recognized, however, that I had to get on with real life and assume responsibilities; I could not remain a carefree student forever.

As you know, in our circles when a girl comes back from seminary a new chapter starts – the “dating parsha.” People call your parents, your parents call people, and the word is out: “Our daughter is ready for a shidduch.”

I am the only girl in a family with five boys. So, Baruch Hashem, I did not have the pressure of a younger sister right behind me. I had the luxury of taking my time and I was in no rush to get married.

My parents at first were very kind and understanding. They did not pressure me. “Whenever you are ready, just let us know,” they said.

But as twenty turned to twenty-one and then twenty-one moved quickly toward twenty-two, my parents started to apply some light pressure. It wasn’t just my parents; the pressure also came from friends, relatives, and neighbors. Most of my friends were already married and many of them even had children.

I felt left out and sad. In my heart of hearts I regretted not having started the dating process sooner. Every year there is a “new crop” of girls who come back to their families after completing their studies in Yerushalayim. When I was part of that new crop I wasn’t ready, and when I was no longer part of it I found myself between a rock and a hard place.

My parents approached shadchanim. Recommendations started coming in. My parents would check out the young men who were suggested and those who passed their scrutiny became dating candidates. My family is not wealthy but my parents are philanthropic and well respected, and it was known that they would help support their children as they launched their married lives.

People say I’m a vivacious, pretty girl. I don’t know about the pretty part, but vivacious I am. I like to have fun. I like to laugh. I like to go places. I think I have all the qualifications that make for a good shidduch candidate.

Well, I dated more times than I care to enumerate but none of my dates clicked. Somehow there was always something missing, either in personality, education, or general outlook.

Months went by and there was no shidduch in sight. My parents became more nervous. Initially they didn’t say anything to me but I did feel a growing tension in the family. On several occasions I overheard my mom and dad discussing me. They were worried. Eventually they spoke directly with me and I assured them I wanted very much to get married but had to find the “right one.”

At this point it was not only my parents who were concerned but my entire extended family as well – most significantly my Bubbie. It was painful for me to watch her worry. Lovingly she would call me to her side and kiss and hug me. “Mammaleh,” she would ask, “why do you have such difficulty finding the right one?” 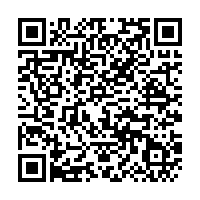