French police narrowed down their search and told media late Wednesday night local time that a raid is currently in progress at a city “some distance” from Paris — but would say little else. It is possible that authorities have tracked down and cornered the terrorists who attacked the offices of a much-loved and very irreverent satiric magazine in Paris earlier in the day.

Sources said police positively identified the terrorists who earlier in the day had slaughtered 12 people at the offices of the Paris-based French satiric magazine ‘Charlie Hebdo‘ and wounded 11 others.


The suspects were identified as Said and Cherif Kouachi, ages 34 and 32 respectively — brothers of Algerian descent — and Hamid Mourad, age 18. All three are French nationals. Said allegedly has previously faced terrorism charges in connection with his membership in an Iraqi-linked terror organization in metro Paris that has since been dismantled by authorities, Fox News reported. The group was tied to Al Qaeda in the Arabian Peninsula (AQAP), authorities said.

All three spoke fluent, colloquial French. One shouted “Allahu Akbar!” (Allah is Great!) in Arabic at the start of the attack. Another reportedly proclaimed “The prophet (Islam’s founder, Muhammed) is avenged!” as they were leaving the scene.

Analysts said all three appeared highly trained and experienced in the way they were handling their AK47 assault rifles and in the way they carried out the attack, one even stopping to pick up a shoe that was dropped as they headed to their getaway car to escape. 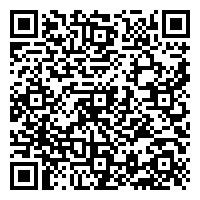