Some years after the Six-Day War, I was invited to address the IDF as well as various communities in Israel. In the euphoria that followed the spectacular victory, gratitude to Hashem, proclaiming His guiding hand, was blatantly missing.

We deluded ourselves into believing “kochi v’otzem yadie – my strength, my might, achieved this.”


I was so terribly afraid of the consequences of this attitude that I called a press conference in the hope that someone might listen.

“The nations of the world begrudge us victory,” I said. “Yes, for a few moments after the Holocaust, their consciences bothered them. But, alas, I knew that would soon pass and the hatred would resurface. There is only one way we can protect ourselves, and that is to have Israel’s representatives at the UN and throughout the world unabashedly proclaim that we have returned to our G-d-given land, that our right to that land was granted by G-d Himself, and that we have a deed to prove it.

Even as we make that declaration, we must point to our Torah and read the passages that state unequivocally that this land will belong to us, the Jewish people, for all eternity; that G-d Himself deeded it to us as an eternal inheritance; that the covenant sealed at Sinai proclaims that we the Jewish people, the Torah, and the land are one.”

My plea went unheeded. At best, people smiled at my naiveté, while others just dismissed it as “religious fanaticism.”

All these years later, nothing has changed. With the exception of Menachem Begin, not one of Israel’s leaders has mentioned Hashem or recognized it is His guiding hand that enables Israel to triumph.

This failure to recognize Hashem is evident in many areas. Israel’s beautiful and moving national anthem, Hatikvah, would be so much more meaningful if G-d’s name were mentioned. I could cite other examples, but what is important is that we understand we are a holy nation that stood at Sinai and heard the Voice of G-d, and that Voice is forever embedded in our neshamas.

With every passing year, the demonization of the Jewish state escalates. While once, for a very brief moment, Israeli soldiers were held in esteem, today they are regarded as oppressors of the downtrodden who occupy land that does not belong to them.

Think about whether any other nation has voluntarily given up a large chunk of territory, removing thousands of its own citizens by force, surrendering homes, houses of worship, and land they converted from desert into beautiful gardens and orchards – only to see that place become a launching pad for deadly terrorist attacks.

And it isn’t just the abandonment and destruction of Gush Katif to which we can point. For the sake of peace Israel signed the Oslo accords, giving up land for the creation of a Palestinian state and even supplying weapons for a Palestinian police force – only to see those weapons turned against Jews and to belatedly realize that Palestinian leaders had no interest in peaceful coexistence.

Why, having seen and experienced all of this, would anyone still believe the answer is to give away yet more territory to people who have shown time and again their singular agenda is that of wiping Israel off the map?

There is something here that does not make sense, something every rational mind can only wonder at.

One thing I know with certainty: Before it’s too late, we have to recognize that our help, our salvation, will come not from Washington or any other capital on earth. But it can and will come from the greatest capital of all – the Heavenly Capital. It is only there that our destiny is shaped.

It is that Capital to which we must cry out – and if we do, our help will come:

“If only My people would heed Me…. If Israel would walk in My ways, in an instant I would subdue their foes, and against their tormentors turn My Hand” (Psalm 81). 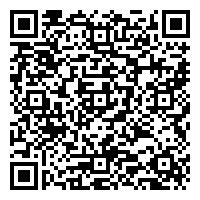