Japanese Prime Minister Shinzo Abe on Tuesday told Palestinian Authority Chairman Mahmoud Abbas in Ramallah that his country has no plans to move its embassy in Israel from Tel Aviv to Jerusalem, according to WAFA.

Abbas stressed that the PA “was and is ready to cooperate for the success of any international effort aimed at coming up with a political process based on United Nations resolutions and the principle of the two-state solution for the establishment of an independent Palestinian state with East Jerusalem as its capital on the 1967 borders,” WAFA reported, defying commonly held norms regarding the need for a period somewhere inside a 51-word paragraph.


Taking a deep breath, WAFA launched another 73-word paragraph without a period or a comma on how Abbas “stressed the importance of the Palestinian peace plan he had presented at the UN Security Council calling for holding an international peace conference this year that would establish an international multilateral mechanism to oversee the political process because when the United States had recognized Jerusalem as the capital of Israel and decided to move its embassy in Israel from Tel Aviv to Jerusalem it has abandoned its role as an honest peace broker.”

For his part, the Japanese Prime Minister affirmed his country’s support for a political process based on the principle of the two-state solution and its readiness to contribute to any effort to achieve peace.

Japan has been deeply invested in improving conditions in the PA and the Gaza Strip. According to a 2017 report, Japan’s assistance since 1993 has totaled $1.77 billion. 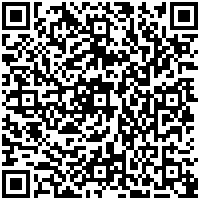