My column describing the yahrzeit seudah – family gatherings meant to recall the lives of zaidies and bubbies and all other loved ones no longer among the living – inspired many readers to write, and most were determined to begin making their own such yahrzeit seudahs.

Among the many letters I received was one I shared last week. It came from a woman who’d had lost her father when she was only 21. Obviously, her children never met their grandfather. As for her mother, she’d remarried and moved to Arizona where her husband resided.


The woman wrote that she always regretted that her children, now grown up and on their own, never knew the joy of having a zaidie. But when she mentioned the idea of a yahrzeit seudah to them, they rejected it out of hand. “We’re normal Jews,” they told her. “We’re not Orthodox.” Besides, “We’re so busy! We don’t need another family gathering right now.”

The woman nevertheless has decided to pursue her goal with the attitude of “Whoever comes, comes.”

I don’t know how it will work out, though she promised to let me know.

I felt it was important to share her letter because so many of our families are similarly challenged. Our children have been raised in a vacuum. They do not know their family history. And yet we are a nation of families. Our founders were not monarchs or warriors but patriarchs and matriarchs. When our holy Temple was destroyed, the Jewish home was designated to be mikdash m’at – the sanctuary in miniature. Our mitzvahs are not synagogue-based but rather home oriented. Shabbos and all our yom tovim are played out in the home.

When our ancestor Yosef found himself alone and abandoned in Egypt it was the image of his father that kept him anchored. But when that anchor is missing the family stands on a shaky foundation.

Should the woman whose letter I shared go ahead with her plans and make a yahrzeit gathering despite her children’s refusal to cooperate? What if just one person shows up? Would it look ridiculous? Would it be worse than nothing?

This question doesn’t pertain only to yahrzeit gatherings but to every aspect of Jewish life – Shabbos, kashrus, etc. – in which members of the family refuse to participate. Rather than respond with an equivocal yes or no, I’ll relate two stories, one general and one personal, that will shed light on this question.

There is a well-known story about an eminent rebbe who was a teacher in one of the finest yeshivas in New York. One year after a terrible snowstorm only two boys showed up for the rebbe’s class. Nevertheless, the rebbe taught with the same fervor he exhibited when he had a room full of students.

One of the boys had the courage to ask, “Rebbe, only two of us are here. Why are you exerting yourself so?”

The rebbe became even more passionate.

“Only two?! Do you realize that each of you represents a world? Do you realize that the two of you will, b’ezrat Hashem, have children and your children will have children and you will build a world of Torah? When I teach you, I teach thousands – and I forge a link in the long chain that will take you back to Har Sinai. You are all links and your descendants will all be links and of course I speak with a heart full of emunah, of faith.”

With that in mind, I would urge the woman who wrote to go ahead with the seudah, and even if just one of her children shows up, have him or her record the family’s story because one day her descendants might just want to know the story of their zaidie.

My great-great uncle, an eminent sage renowned for his fiery oratory, was traveling to a rabbinic convention. The winds of assimilation were threatening Jewish survival all over Europe. On the train he spotted a Jewish young man eating trait. My great-great uncle approached him. “Dee bist a Yiddishe kind” – “You are a Jewish child, do you realize what you are doing?!”

The young man answered with impudence, “Who cares? I don’t believe in G-d!” But my great-great uncle would not let go. “Do you know what it means to be Jewish?” he asked.

“I told you I’m not interested,” the young man retorted.

The gabbaim tried to convince my great-great uncle that it was beneath his honor to spend so much time with this “despicable one.”

“Despicable one?” my great-great uncle protested. “Do you know who this boy is? He’s a Yiddishe neshamah. He’s the son of a Yiddishe mamma. Despicable? Never!”

And with that, my great-great uncle continued to talk his heart out to the young man. As he later explained to the gabbaim, “Even if this boy mocks my words now, eventually he will understand them. If not today then tomorrow. If not tomorrow then the day after. Perhaps not even until years from now. But be assured that the Jewish spark from Sinai will enter his heart or the hearts of his children. It is a simple law in Jewish life – words that emanate from one heart must enter another heart.”

The teaching of my great-great uncle speaks to us especially as parents and teachers. Never give up on a child. Even if you feel you are talking to a wall and your words are just bouncing off, keep talking – but talk like my great-great uncle. Not nastily. Not sarcastically. Not insultingly. And not with degrading labeling. “You are a Jewish child from a Jewish mother.” That is all the “ammunition” needed.

That’s why it’s so important to pass our family history down to future generations. Even if no one is willing to listen, we must at least write it down, including dates of yahrzeits and names of cemeteries where our loved ones are resting.

We must condition ourselves and our progeny to search our past in order to find our life’s purpose. That purpose has nothing to do with the fastest and the latest or with what’s “cool” – and everything to do with that which is time tested, given to us at the dawn of our history by G-d himself.

Other nations may go forward but we plead with G-d to take us back in time – because that to us means going forward. Every Shabbos in front of the holy Ark we raise our voices in song and plead “Chadesh Yameinu K’kedem” – “Renew our days as of yore.”

So, yes – all of us should have family yahrzeit gatherings and praise our family history as far back as we can go. Thanks to the Internet it is easier than ever to trace our family trees. Let each us do this for our own mishpachahs and invite our zaidies and bubbies to walk with us. 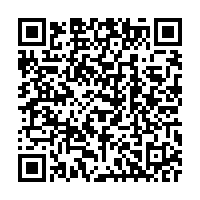