In his stubbornly unwavering “instructions” to Israel on the Middle East Peace Process, President Obama’s core argument is still founded on incorrect assumptions. These erroneous premises are both strategic and jurisprudential. Intellectually, these premises circumscribe and define what amounts to an unwitting American self-parody.

The key sticking point for peaceful settlement between Israel and the Palestinians is not, as the president continues to assume, Israel’s alleged unwillingness to compromise. To be sure, the roadblock is not that Israel is in any way hesitant to make painful sacrifices for peace. It is, rather, the plainly asymmetrical commitment to cooperation and reconciliation that endures unhidden between the Palestinian side(s) and the Israeli side.


From the beginning, the only Israeli compromise that could have ever satisfied both Fatah and Hamas would have been a suicidal Israeli commitment to national self-destruction. This conspicuously perverse commitment, after all, is precisely what the Palestinians have routinely been demanding of Israel.

Agree to die, Zionist Entity, says the Arab side, and everything can then be negotiated successfully. This would be about as smart a deal for Israel as what President Obama has just negotiated with Iran. Please just sound reasonable and cooperative, said the U.S. to the Islamic Republic of Iran, and then continue doing what you’re doing. In exchange, we’ll lift the sanctions.

Credo quia absurdum. I believe because it is absurd.

Why, at this late date, hasn’t Obama even taken the trouble to examine the unvarnished and incontestable historical record regarding Israel and “Palestine”? The Palestine Liberation Organization was founded in 1964, three years before there were any “occupied territories.” Just what, then, was the PLO actually trying to “liberate”?

Even before its formal grant of statehood in May 1948, Israel had sought to negotiate with many manifestly unreasonable enemies. Always, in these efforts, the Jews had openly preferred peace to war. Always, however, Israel’s one-sided effort was met with wars or uprisings.

Challenged by enemy recalcitrance and interminable aggression, diplomacy has insistently failed Israel. Even the most visible example of any alleged diplomatic success, the Egypt-Israel peace treaty of 1979, could fail sometime in the next several years. As for Libya, another early venue in the once-vaunted Arab Spring, assorted Islamic insurgents, all virulently hostile to Israel, shall soon be trained by American military forces.

Déjà vu all over again. This inexcusably foolish escapade will inevitably become the mirror image of another very recent and costly U.S. mistake, that is, training Fatah “security forces” to represent us as a “subcontractor” against Hamas.

Credo quia absurdum. Israel’s principal enemies in “Palestine” remain candid. On some primal issues, they do not lie. On their graphic intentions to annihilate the Jewish state, they are gleefully sworn to truth.

Several Israeli prime ministers have gone through the self-defiling and self-defeating practice of releasing Palestinian terrorists as a “goodwill gesture.” Unsurprisingly, a substantial fraction of the freed murderers promptly return to an enthusiastic regimen of anti-Israel terror. In the seventeenth-century, Hugo Grotius, the founder of modern international law, remarked: “A just war is one fought to defend the innocent.” In Israel, however, Prime Minister Netanyahu, still releasing Arab terrorists with blood on their hands, now effectively declares war against his own most fragile citizens.

An ancient Latin principle of law instructs: jus ex injuria, non oritur – rights do not arise from wrongs. It is a basic maxim that has yet to be understood in Jerusalem. Israeli leaders cannot best secure their own populations by signing agreements with irreconcilable enemies, or, on a more tactical level, re-exposing these same populations to grotesquely sworn murderers.

There is an obvious and utterly irremediable inequality of objectives between Israel and its pertinent enemies. For Palestinian insurgents, increasingly animated by Jihadist argument, any conflict with Israel is always “zero-sum,” forever an all or nothing proposition. It is, therefore, nonsense to maintain that such terrorists could ever gratefully acquiesce to Israeli expectations of non-violence in exchange for their release from prisons.

During the Peloponnesian War between Athens and Sparta (431-404 BCE), Athenian leader Pericles remarked: “What I fear more than the strategies of our enemies is our own mistakes.” For an endlessly hopeful Israel, a negotiated peace with its Arab neighbors manages to persist as a more-or-less plausible objective. This delusional optimism remains, even though any residual prospect of meaningful enemy reciprocity is plainly preposterous and historically inconceivable.

A fundamental inequality is evident in absolutely all expressions of the Middle East peace process. On the Palestinian side, Oslo and road map expectations have never been anything more than a presumptively cost-effective method of dismantling Israel. On the Israeli side, mistakenly, these expectations have somehow been taken as a regrettably indispensable way of averting future war and terror.

In the final analysis, the core problem of Israel’s life or death vulnerability lies in the Jewish state’s ongoing assumptions about war and peace. While certain of Israel’s regional enemies, state and nonstate, believe that any power gains for Israel must represent a reciprocal power loss for them – that is, that they coexist with Israel in a condition of pure conflict – Israel assumes something else. For Netanyahu as well as his several immediate predecessors, negotiations and relations with the Palestinian Authority/Hamas are not taken as pure zero-sum but rather as a mutual-dependence connection. Here, in other words, conflict is always believed to be mixed with cooperation.

Oddly, perhaps, Israel may still believe that certain of its Arab enemies reject zero-sum assumptions about the strategy of conflict. Israel’s Palestinian enemies, however, never make any such erroneous judgments about conformance with Israeli calculations. These enemies well know that Israel is altogether wrong in its belief that certain Arab states, and the Palestinians, reject the zero-sum assumption, but they cleverly pretend otherwise.

In essence, Israel’s strategy of conflict has, at least in part, been founded on multiple theoretical miscalculations and on a stubborn indifference to certain primary and flagrant enemy manipulations. The exterminatory policies of Israel’s enemies, on the other hand, remain founded upon (a) correct calculations and assumptions; and (b) an astute awareness of Israel’s strategic naiveté. More than anything else, this means Israel’s prime minister should now make far-reaching changes in the way Israel actually conceptualizes the revealing continuum of cooperation and conflict.

Obama’s “advice” notwithstanding, a “new Israel,” ridding itself of injurious and disingenuous wishful thinking, should finally acknowledge the zero-sum calculations of its enemies, thus accepting that a constant struggle must still be waged at the conflict end of the spectrum. Earlier, this meant, especially in the case of Iran, a focused attention to then still-realistic preemption imperatives. Now, however, such imperatives are more apt to be fulfilled in steady increments, inter alia, via select forms of cyberwarfare and targeted killings than through the more traditional expressions of military force.

Netanyahu should not become the best ally Israel’s Arab enemies and Iran could ever hope to have. He should now seek to serve Israel’s long-term survival with real wisdom, supplanting the patently false assumptions that stem from persistently misguided hopes, with genuinely sound premises that are based on correct reasoning.

In the end, Israel’s existential choices are really all about logic.

In the language of formal logic, invalid forms of argument are called fallacies. The basic problem with Israel’s continuous search for peace through negotiated surrenders (land for nothing) has been its persistent and unobstructed commission of fallacies. Significantly, it is precisely further analytic error that is now called for by Barack Obama.

Unlike simple instances of falsity, these fallacious arguments are insidious, because they could lead to a devastating policy outcome. Distinguishable from singular mistakes, any such deviations from correct thinking could ensure that all subsequent Israeli calculations will also result in error.

It is, therefore, in the very process of complex strategic thinking, and not in the politically tampered assessments of pertinent facts and issues, that Israeli “peace policy” changes are now most sorely needed. 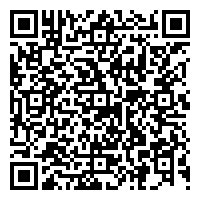