Last week I wrote about an invitation I received to speak at Congregation Ohr Torah in North Woodmere, L.I., the shul my husband established and from where he kindled the light of Torah in countless hearts.

I hadn’t really been back since his passing in 1996. I always feared it would be too painful, too emotionally taxing. But when this invitation to speak came, I happily accepted.


As I anticipate my appearance at the shul this coming Sunday, memories flood my mind. Questions, too. How will it feel to pass the house where we once lived? How will I feel in the shul we built with so much sacrifice and so many tears? How will I feel when I see the street on which the shul was built – Hungry Harbor Road, now also known as Rabbi Jungreis Way?

In my mind’s eye I see the funeral procession passing our home.

There were hundreds of people there, including members of the Nassau County Police Department. Helicopters were flying overhead. Congregation members young and old as well as rabbis and layman from all over the world had come to honor this saintly man, My Rabbi.

As the procession passed our house, it suddenly came to a halt. I knew we were going to stop there for a moment but the moment turned into many minutes. I asked our driver why we were standing still.

“Rebbetzin, you won’t believe this,” he said. “Take a look.”

I looked and saw the pond across the street from our old house. Before telling you what else I saw, however, I’ll give you some background about that pond. It belonged to Nassau County and was surround by a fence and gate. My husband had obtained the keys so that members of the community could go there on Rosh Hashanah for Tashlich services.

People started coming to the pond for Tashlich with their children and grandchildren, and every year more and more joined us. Eventually the pond was dubbed “the Tashlich pond.”

My beloved husband would visit that pond not just on Rosh Hashanah but throughout the year. When our children were small he took them there to feed the ducks. He continued the tradition with our grandchildren, who loved going to the pond with their wonderful zaidie who even cared for the little ducklings G-d created.

Getting back to the story of the funeral procession, what I saw when I looked out at the pond was simply amazing. There were dozens of ducks blocking the road. They’d somehow managed to come through the gates. They stood at full attention, like an honor guard rendering tribute to their kindly, compassionate rabbi.

Mind you, it was winter, when ducks normally make their way to warmer climes. But here they were, watching the funeral procession of the shepherd who was always there to feed and nourish them.

Was this a miracle? It’s so easy these days to dismiss anything out of the ordinary as just another natural phenomenon for which there must be a rational explanation. But there was no rational explanation for what we were seeing and there obviously was an important message in that extraordinary spectacle.

So what was the message of the ducks?

There is a simple principle in Judaism called gratitude. Gratitude is the ability to acknowledge our dependence on the Almighty and say “thank You.” Unfortunately, ours is a generation that feels everything is coming to us – that we’re entitled. Such an attitude is foreign to Judaism.

Yes, we routinely – almost unthinkingly – thank the store clerk or the cab driver. That’s easy. But to say it with real meaning to those who have truly sacrificed themselves for our sake – our mothers and fathers, for example – is not so simple.

‘Regards’ From Another World 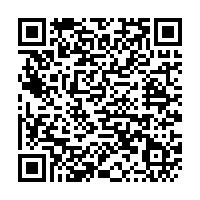