The Rialto Unified School District school board outside of Los Angeles was in full damage control earlier this month, fending off universal opprobrium over a third-quarter English Language Arts argumentative writing/research project given to 2,000 eighth-graders. The breathtakingly ill-conceived assignment asked students to “read and discuss multiple, credible articles on this issue, and write an argumentative essay, based on cited textual evidence, in which you explain whether or not you believe [the Holocaust] was an actual event in history, or merely a political scheme created to influence public emotion and gain wealth.”

Most critics denounced the assignment as absurd on its face, since it asked middle school students, after reading only a handful of brief research essays, to convince a reader that the Holocaust, one of the most documented historical events in modern human history, either happened or did not happen. Even more egregious than the notion that the Shoah might not have occurred was the statement that, as the instructions for the assignment read, “some people claim the Holocaust is not an actual event, but instead is a propaganda tool.”


Given that even American high school students cannot identify, as random examples, the half century during which the U.S. Civil War was fought, name a single Supreme Court justice, identify the intent of the Bill of Rights, or identify Britain on a map of the world, the notion that eighth graders could coherently disprove something that is an historical fact, not an opinion, is obviously a useless intellectual exercise. And critics of the assignment were appalled that students were even exposed to the idea that the Holocaust was a myth in the first place, a notion only those on the lunatic fringe embrace.

While the shell-shocked spokesperson for Rialto school district, Syeda Jafri, assured the media that no complaint about the assignment had been forthcoming from within the district system, either from teachers or parents, the larger question is how the committee of eighth–grade teachers who conceived the critical thinking exercise in the first place had not anticipated the calamitous reaction to their choice for the essay topic. Presumably, every member of that committee had attended college; some, perhaps, even possess advanced degrees. In an education culture suffused with political correctness – and especially on college campuses where the educators studied for their profession – an enormous amount of attention is paid to who may say what about whom and what is acceptable thought and speech on campuses where “victim” groups vie for rights and accommodations.

One of the groups that does not fare well on campuses these days, however, is Jews, particularly in the context of the debate over Israel and the Palestinians. In fact, the same careless sentiments that accuse Jewish students of being inherently racist for supporting the “apartheid” state of Israel seem to have been present in the committee room when ideas for this year’s assignment were being tossed about for consideration. Consider how classically anti-Semitic the language of the assignment itself is, suggesting in the same paragraph – not once but twice – that the Holocaust “is a propaganda tool that was used for political and monetary gain,” and “merely a political scheme created to influence public emotion and gain.” Who is seeking monetary gain? Who schemed to extort the West? Who has global influence over public opinion? Who seeks undeserved profit? For anti-Semites, the answer has always been the same: Jews.

And that is the very clear message transmitted in the essay assignment. Professor Robert S. Wistrich, one of the world’s leading authorities on anti-Semitism, has noted that Holocaust denial by definition libels Jews; “that, by accusing Jews…of inventing the Shoah to extract billions of dollars and blackmail Germany or the West, the deniers add a peculiarly vile conspiracy theory to the arsenal of millennial anti-Semitism and transform the victims into superlatively cunning, fraudulent, and despicable perpetrators” – precisely what the assumption would be of any student who completed the assignment with the thesis that the Holocaust was a fraud, a “scheme,” or a “propaganda tool.” 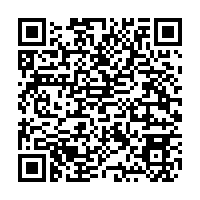