For the past couple of weeks in this column we’ve been discussing shudduchim; specifically the challenges singles face in finding their intended mates.

My husband, of blessed memory, related to me that prior to the Holocaust his father, the revered sage HaRav HaGaon HaTzaddik Osher Anshil HaLevi Jungreis, zt”l, tried to make a shidduch for his daughter, my husband’s older sister. She was stunningly beautiful, bright, talented, and blessed with exemplary middos. Her chesed was of legendary proportions, but despite all these attributes there were terrible difficulties in making a shidduch for her.

The reason was simple enough – a prerequisite for a good shidduch in those days was for the girl’s family to offer a substantial dowry. As a rabbi struggling on a meager salary, my father-in-law barely managed to support his family and could not offer the dowry that parents of outstanding boys were seeking for their sons.

Having no option, my revered father-in-law approached various members of his congregation, explained his predicament, and asked for a raise in salary. They were all sympathetic and understanding of their beloved rabbi’s situation. The long-awaited night of the congregational meeting arrived – and, incredibly, the request was voted down.

You can imagine the terrible disappointment. Trying to understand what could possibly have gone wrong, my husband’s older brother, HaRav HaGaon Moshe Nossen Notte, Hy”d, quipped, “It’s like bassar v’cholov [meat and milk]: separately, they’re kosher, but when you combine then, they become treif!”

And so it was that my beautiful sister-in-law was taken to Auschwitz without having known the joy of going under the chuppah.

Why do I relate this painfully sad story? The answer should be obvious. Every generation has its own daunting shidduch challenges. Unfortunately, finding the right shidduch is not a new phenomenon, nor is it limited to our contemporary world.

We, the Jewish people, have always been keenly aware of the overwhelming difficulty inherent in this search. No sooner is a child born than we bless the new arrival with an amazing berachah:  “L’Torah, l’chuppah, l’ma’asim tovim – May this child live a life of Torah, go under the chuppah and be an embodiment of good deeds.”

Once, as this blessing was being pronounced at a bris, I happened to overhear a young women laughingly say to her friend, “We Jews are something else. The poor kid just came into this world and we are already worried about his shidduch!”

“Forgive me,” I said to her, “but I couldn’t help overhearing your conversation. You are quite correct. From the very moment of birth we beseech the Almighty to guide our child to his designated soul mate, for that is the most daunting challenge to humankind – a challenge so awesome it can make or break a man and leave indelible marks on future generations.

“So it is that even as we wish mazel tov, we understand the wish must go with a prayer that G-d grant the parent the merit of seeing that child under the chuppah. It is a gift no Jewish parent takes for granted. The Torah itself testifies to this by relating in great detail the efforts of Avraham Avinu when he sought a wife for his son Yitzchak. Indeed, one might wonder why the Torah, the holiest of Books, in which G-d proclaims His Divine commandments, would dwell on a parent’s shidduch search. But the question itself is the answer, for the very fact that Hashem devotes an entire parshah to it testifies to its importance. There can be no greater priority for Jewish parents.”

Tragically, in our society parents have little if anything to say. Very often mothers or fathers quietly consult me to see if I can do something for their children, and they invariably add that their children are not to know.

Just consider that for a moment. I, a non-family member, can ask or recommend, but a mother or father has to remain silent. This is the culture we’ve created.

Our father Avraham was the wealthiest, most prominent man in his generation.  He had vast holdings – real estate, livestock, servants, etc. The shidduch parshah opens (Bereishis: 24:1) with the Torah relating that Avraham was on in years and had made his last will and testament. He called in the loyal executor of his estate, Eliezer, and charged him with the responsibility of carrying out his will. Amazingly, nothing was said of his material possessions. Avraham made only one demand of Eliezer: that he find a shidduch for Yitzchak in accordance with his specifications.

In our day this would be laughable. The money, the real estate, the livestock – all are of no consequence. The only priority is a shidduch – and that the girl Yitzchak would marry should meet Avraham’s specifications. Obviously the Torah is teaching us something we have yet to learn. 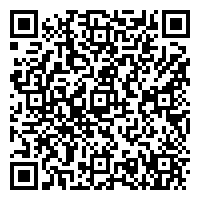