Sources in the Israeli production of the canceled soccer match between Israel and Argentina believe that Qatar is behind the cancellation of the friendly game, according to Channel 2 News. According to those sources, Qatar promise to pay the compensation the Argentine Soccer Association will have to pay the Israelis for reneging on the deal.

The same sources suggest Argentina, which hopes to host the 2030 World Cup, was reluctant to upset the Arab voting bloc inside FIFA. The first World Cup tournament was played in Uruguay in 1930.


Israeli producer Danny Ben Na’im demanded compensation not only for the money lost on the preparations for the game and reimbursing the Israeli fans, but also for the aggravation caused both to the production and to the fans, whose dreams of seeing Argentine star Lionel Messi up close were crushed.

Despite what appears to knowledgeable sources to be a clear case of Qatari meddling, Israel has reportedly suspended a planned appeal to UNESCO to condemn Qatar for “politicizing sports events and damaging its universal values and goals.” Apparently, during the cross-referencing process in the investigation of reports that Qatar was behind the cancellation of the game, a Qatari state official categorically denied his country’s involvement in the incident. Since there was no solid evidence to confirm the report so far, Israel’s ambassador to UNESCO Carmel Shama HaCohen decided to postpone the denunciation process.

“We believe that sports are based on a language of peace and brotherhood and is a tool for bridging gaps between one another, rather than harming one another, especially when it comes to parties that have political rivalries,” the ambassador said.

Culture and Sports Minister Miri Regev claimed on Wednesday that “the initiative to come to Jerusalem was Messi’s, that was his desire.” Regev suggested “there’s only one story here –the threats to the life of Messi’s family. There is a new variable at play here, a new kind of terrorism.” 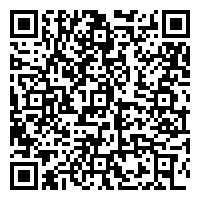