As most of you know, I am a child of the Holocaust. After the war we were taken to a displaced person’s camp in Switzerland. For more than two years we waited for documents that would grant us the right to go to Eretz Yisrael.

The British were in control of our Holy Land and anxious to please the Muslims who opposed Jewish immigration. Anyone who arrived without proper papers would be deported to a displaced person’s camp built by the British in Cypress.

My parents did not want to subject their children to any more trauma and decided we would go to the United States. My mother had a sister living in Brooklyn and they had invited us many times to join them but my father’s wish was always to go to Eretz Yisrael. Conditions in Switzerland, however, had become unbearable.

So we embarked on a rough sea voyage to America. After two horrendous weeks, our ship docked in Norfolk, Virginia. We had no idea where we were.

We wandered around, not knowing where to go. Soon someone called the police. Talk about culture shock – here were uniformed men with guns who treated Jews with such kindness and compassion. It was something I never would have believed possible.

The police called the president of the local synagogue and the community took charge of us. Patiently they explained where we were and how we could get to New York. They bought us train tickets and soon we arrived at Grand Central Station in Manhattan.

My father in his black rabbinic hat and long black coat, my mother wearing something on her head that was supposed to pass for a sheitel, and we children dressed in ski outfits provided by the Jewish charity organization in Switzerland attracted much attention. We didn’t speak a word of English. Where to go? What to do?

So once again the police were called. New York’s Finest were just as eager as the Norfolk police had been to reassure and help us – and a Yiddish-speaking officer personally delivered us to the home of my uncle and aunt, Rabbi and Rebbetzin Kohn, in the East Flatbush section of Brooklyn.

Actually, culture shock was not an adequate expression to describe our feelings. We had just come from Europe where police were identified with the torture and killing of Jews and now we were meeting policemen who were sympathetic and helpful – and one of them was even Jewish and spoke Yiddish!

Were we dreaming? No, it wasn’t a dream; it was all so gloriously true.

My mom had a flair for the dramatic and told my older brother to knock on the door of my aunt and uncle’s home while we hid under the staircase. My mother instructed my brother to simply say, “I bring you regards from the Jungreis family that survived Bergen Belsen.”

Somehow my aunt figured out who my brother was and fainted. She quickly recovered and with joyous prayers and thanksgiving we celebrated our miraculous survival. We invited the policeman to celebrate with us. To this day I regret we did not have cameras to record that incredible moment of exaltation.

I relate this story so that you can understand what we experienced when we came America and met policemen in Norfolk and then in New York – men in blue who served with compassion, devotion, and commitment.

Soon after my family arrived in America my saintly father built a yeshiva. One night, hoodlums set the Holy Ark in the yeshiva on fire. Quickly we rushed to the scene. The police were there waiting for us, ready to lend a helping hand.

A neighbor had saved the Torah scrolls but my father kept sifting through the ashes. Tears were running down his cheeks. It was a cold winter night but he would not give up. He kept looking, the police standing by his side. Suddenly we heard my father cry out in Yiddish, “I found it!”

Those tefillin made it through Bergen Belsen and now they had survived a fire set by hoodlums in New York. And throughout my father’s painstakingly long search, the benevolent officers of the NYPD never abandoned him.

Many years later my beloved husband became the chaplain of the Nassau County Police Department. This allowed me to get know the members of the force personally. In honor of my husband the annual police dinner was held in a glatt kosher place. The officers loved and revered him.

When tragedy struck us and my husband fell gravely ill, the police commissioner came to visit him at Sloan Kettering. He was a pious Catholic, a very kind and gentle man. When it was time for him to leave I accompanied him to the elevator and tears began streaming down his face.

“Rebbetzin,” he said, “I always wondered what the meaning of G-d was but since I met your husband I know. G-d comes from the word ‘goodness’ and your husband walks with that goodness reflected in his eyes, in his words, in his loving, warm ways. I will be forever grateful for having had the privilege to know him.”

When my husband was called to the Next World, a spectacular police procession was arranged for the funeral with helicopters overhead. All this for a Jewish chaplain.

Some years ago I was invited to address American troops at Fort Hood, the country’s largest military installation. Following my talk, some of the officers approached me and asked if I would deliver the same message to members of their families. They wanted their children to know about the Holocaust. I readily agreed. It would be my honor, I told them.

And so a short while later I was back at Fort Hood, speaking not only to the soldiers but to their beautiful families as well. An eight-year-old girl stood up, saluted, and in the sweetest voice said, “Rebbetzin, Ma’am, may I ask a question?”

“Of course, dear,” I responded.

“Why didn’t you call the police to help you?”

“What an American question!” I exclaimed. “How can I explain to you, my sweet child, that at that time and in that place the police were as brutal as the Nazi murderers? Many, in fact, were Nazis themselves. So there was no one for us to call.

“But I do understand where you are coming from. You’re an American child, a daughter of a country we Jewish people call ‘medina shel chesed’ – the country of loving kindness.’ A country where not only societal and cultural values are a reflection of chesed but where law enforcement authorities, who in many parts of the world are associated with meanness and cruelty, are kind and compassionate and ever ready to help and protect.”

I could share with you a thousand stories about our wonderful police. How, I ask, can it be that intelligent people abuse the police, trash them, and, G-d forbid, hold them up as targets for killing? Don’t people understand that if our courageous police were to disappear from the scene our society would in the blink of an eye become a lawless jungle?

Shouldn’t we Jews, who have seen and lived in the jungles of many societies, speak up on behalf of the police? Shouldn’t we in the New York City area show our support for the men and women of the NYPD – especially at a time when political opportunists are working so hard to tear them down?

Should we not honor New York’s Finest, who are prepared to risk their lives for us, who make our streets safe, who stand ready to come to our aid night and day?

Some may ask, “What can I do?” How about a few simple words we can express whenever we have any interaction with a police officer: “Thank you for protecting us. Thank you for being there.” 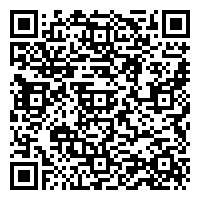