Every Jew, if approached with the right attitude – i.e., with love and sincerity rather than judgment and condescension – can be touched and inspired. This truth is not magic, but rather based on the Divine revelation at Sinai when for all eternity the voice of G-d penetrated every Jewish neshamah.

Many years ago I was on a flight home from Portland, Oregon. My children were still small, and whenever I accepted an out-of town speaking engagement I made certain to catch a “red-eye” flight so that I could make it back in time to give them breakfast and see them off to school.

I always found those out-of-town talks exhilarating. To see people who were alienated and assimilated become involved and committed has always been to me a most electrifying and awesome experience. That night in Portland was no exception. There were many questions, and I tried to stay as long as I could before dashing off to the airport. By the time I boarded the plane, I felt drained and exhausted. I just wanted to close my eyes and catch some sleep. Luckily, the plane was half empty, so I asked the stewardess for an extra pillow and blanket.

I was on the verge of dozing off when a young man approached. I was really too tired to talk to anyone, but, then again, maybe he was someone who had to be reached.

“Are you from Portland?” he asked.

“Where were you speaking?”

“At a local synagogue.”

“I don’t get involved in any of that stuff.”

“It’s an accident of birth. Doesn’t affect my life one way or another.”

Our conversation was interrupted by a stewardess who was distributing the midnight snacks.

“Jungreis,” she said, reading the label. “I have you down for kosher. And what would you like to have?” she asked, turning to him.

“I’ll take ham and cheese,” was his answer.

“You can’t have that,” I interrupted.

“What do you mean, I can’t have it? It’s my favorite sandwich.”

“But you told me you’re Jewish.”

“So what? You must be kidding. You signed a contract – you sealed a covenant at Mount Sinai that you wouldn’t eat that stuff. You were there. All Jewish souls that were ever to be born were there. As a matter of fact, looking at you now, I think I remember you. We all pledged to uphold the covenant.”

He looked at me in disbelief. “Lady, you know something? You need help, and I mean serious help!”

And with that he picked himself up, walked back toward his seat, and told the stewardess as he passed her in the aisle, “That woman is off the wall!”

For the remainder of the flight, he didn’t look my way.

At JFK we met once again at the baggage carousel and he said to me, “You know, what you said is nuts!”

“Listen,” I told him. “My name is Esther Jungreis. Here is my card. I have an organization called Hineni, which means ‘Here I am,’ ready to serve my people and my G-d. We remind people of that covenant sealed at Sinai. You can check it out. It’s all documented in a book called the Torah. The whole story can be found there. You will see. You really were there. If you need help in your search, let me know. I’d be more than happy to show you.”

“I bet you would! But I’m running from you as fast as possible!” And with that, he turned his back and went to find his suitcase.

I returned to my home and daily routine. The children were waiting. My husband had just returned from the synagogue, and we caught up on the latest events. The phone rang. I had classes to prepare, the house had to be put in order, and I completely forgot that chance encounter in the sky.

Several years later, I was teaching my class at Hineni when in walked a man wearing a black rabbinic hat and coat.

“Rebbetzin,” he said, “do you recognize me?”

“You look familiar” (my stock answer for anyone I don’t really recognize and don’t want to offend).

“I am,” he said, smiling. “I never forgot your words. As much as I wanted to dismiss them as pure insanity, they bothered me. It took me a while to work it out, but eventually I did check out the Torah, and you were right. I was there. I signed a contract, I sealed a covenant, and now I’ve come to you because I’d like you to find me a girl who was also there.”

Today, my friend from the “red eye” is the proud father and grandfather of children who live by our Torah and mitzvos.

What is the secret behind this transformation? How does it all happen?

The answer is simple. It can be found in the eternal promise of G-d: “Zos brisi” – “This is My covenant with them,” said Hashem, “My spirit that is upon you, and My words that I have placed upon your lips, shall not depart from your lips, nor from the lips of your children or your children’s children from this moment and forevermore.”

Thousands of years have passed since that promise was made. During that time, we have traversed the four corners of the world. We have experienced every form of oppression, torture, and slaughter. Many of us saw sons and daughters disappear through assimilation. Many of us forgot our past. But the covenant of G-d was more powerful than any material forces. Not only are we here, it can take just a second for the promise of G-d to transform us – and overnight our neshamahs soar to the loftiest heights.

So never remain silent. Reach out to your brothers and sisters, kindle the spark in their souls, and bring them home to our Heavenly Father. 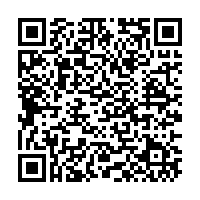