I must take issue with all the congratulations Senator Simcha Felder is currently receiving in the Orthodox community. While it is certainly true that elements of the public school curriculum are simply not appropriate for Orthodox Jews, Felder has not dealt with the real issue at hand – namely, that many chassidic yeshivas are providing, at best, a substandard secular education. Some actually provide no secular education.

Does it make sense that a bar mitzvah boy born in America cannot read English at an 8th grade level? Cannot speak English properly? Knows nothing about the history of this country and cannot explain, at least briefly, what happened during the Revolutionary War and Civil War? Has the mathematics skills of a 3rd grader, at best? Does not have a basic knowledge of science and hence has no idea of how, say, the digestive system works (which, incidentally, would help one appreciate the wonders of Hashem)? Has no real knowledge of how our government works? I think not.

Parents do not have a blanket right to determine the nature of their children’s education. Would one claim, for example, that a parent has the right to send his child to a school that preaches anti-Semitism and prejudice? Also, based on my experience as an educator for over 50 years, I can say that parents do not always know what’s best for their children educationally.

To choose to enroll one’s sons in a school that – illegally – does not provide a basic secular education is to choose very poorly. Boys must be equipped with an education that prepares them to earn a living to support a family. How many boys attending a chassidic yeshiva actually earn a high school diploma, let alone a Regents diploma? It’s true that some products of such a dismal secular education are financially successful, but the majority are handicapped for life.

A decent secular education is also required from a Torah standpoint. There was no greater masmid than the Vilna Gaon; he slept only two hours a day and spent essentially the rest of his time studying Torah. Yet, he found it important to master many secular subjects. In the introduction to Sefer Uklidos, R. Baruch Schick of Shklov (d. 1808) writes the following:

When I visited Vilna in Tevet 5538 [1778]…I heard from the holy lips of the Gaon of Vilna that to the extent one is deficient in secular wisdom, one will be deficient a hundredfold in Torah study, for Torah and wisdom are bound up together…. He urged me to translate into Hebrew as much secular wisdom as possible so as to cause the nations to disgorge what they have swallowed, making it available to all, thereby increasing knowledge among the Jews. Thus, the nations will no longer be able to lord it over us – and bring about the profaning of God’s name – with their taunt: “Where is your wisdom?”

I heard from my uncle R. Chayim of Volozhin that the Gaon of Vilna told his son R. Abraham that he craved for translations of secular wisdom into Hebrew, including a translation of the Greek or Latin Josephus, through which he could fathom the plain sense of various rabbinic passages in the Talmud and Midrash.

The Gra’s sons themselves reported: “By the time the Gaon of Vilna was 12 years old, he mastered the seven branches of secular wisdom…. First he turned to mathematics…then astronomy.”

I cannot refrain from repeating a true and astonishing story that I heard from the Gaon’s disciple R. Menachem Mendel…. It took place when the Gaon of Vilna celebrated the completion of his commentary on Song of Songs…. He raised his eyes toward heaven and with great devotion began blessing and thanking God for endowing him with the ability to comprehend the light of the entire Torah. This included its inner and outer manifestations.

He explained: All secular wisdom is essential for our holy Torah and is included in it. He indicated that he had mastered all the branches of secular wisdom, including algebra, trigonometry, geometry, and music. He especially praised music, explaining that most of the Torah accents, the secrets of the Levitical songs, and the secrets of the Tikunei Zohar could not be comprehended without mastering it…. He explained the significance of the various secular disciplines and noted that he had mastered them all.

Regarding the discipline of medicine, he stated that he had mastered anatomy, but not pharmacology. Indeed, he had wanted to study pharmacology with practicing physicians, but his father prevented him from undertaking its study, fearing that upon mastering it he would be forced to curtail his Torah study whenever it would become necessary for him to save a life….

He also stated that he had mastered all of philosophy, but that he had derived only two matters of significance from his study of it…. The rest of it, he said, should be discarded.

For the record, the Gaon wrote a sefer on geometry called Ayil Meshulash. How many graduates of any yeshiva – chassidic or not – are capable of studying this sefer? To me it seems that the only conclusion one can draw from this information about the Gra is that the study of secular subjects is crucial for studying Torah. 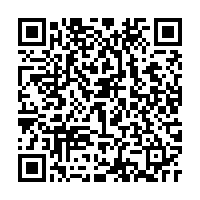