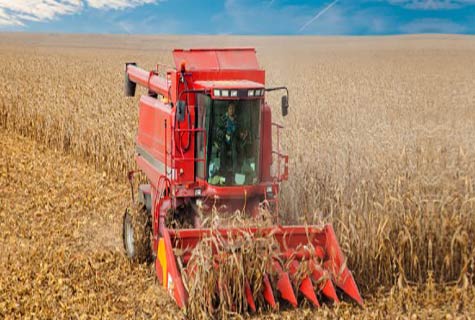 A talmid was once driving Rav Simcha Wasserman zt”l in Los Angeles. As they passed the Wilshire Boulevard Temple they saw a sign which read: “Come celebrate Chanukah with us.” Rav Simcha laughed and said, “This is like a sign in front of Buckingham Palace saying: ‘Come celebrate July 4th with us.’ These people are the ones we fought against!”

If we elaborate on Rav Wasserman’s poignant comment, we will discover an integral aspect of Shabbos. As we all know, this coming week will be Chanukah and one of the Greek decrees was against keeping Shabbos. Why did this bother them so much?


The Chofetz Chaim points out that Shabbos is called an “os” − a sign between Hashem and the Jewish nation. He explains this concept with the following parable:

A businessman hangs a sign over the entrance of his store to advertise his business to the public. Even if he closes his shop for a few days, as long as the sign is still up, people know that he is still in business and will await his return. But if he removes the sign, customers will know that he either went out of business or moved to another location.

Shabbos is a multifaceted day. Of all its various aspects, however, it would seem that refraining from the 39 melachos that the Torah prohibits is that os. Indeed, one who transgresses them intentionally was killed by bais din (during the period when the death penalty was implemented) – which points to their importance. But how do the melachos serve as an os?

In order to explain this we will cite excerpts from Rabbi Chaim Morgenstern’s fascinating new sefer, “The Parshah & YOU” (with his kind permission).

Although the word melacha is translated as work, in reference to Shabbos it connotes something entirely different. A person who carries a heavy box of drinks from the basement to his dining room has not violated Shabbos even though he may feel exhausted. However, by simply turning on a light or carrying a key from his home to the street (without an eiruv) he transgresses one of the melachos. Therefore, melacha is not connected to an activity which entails body fatigue. A melacha is defined as a specific creative activity that was necessary for building the mishkan. One who examines the thirty nine avos melachos and their toldos (subdivisions) will discover that they encompass all major types of human productivity.

Rav Shimshon Rafael Hirsch (Shemos 35:2, as elucidated by Dayan I. Grunfeld in The Sabbath p. 27) explains that man is in a constant struggle to gain mastery over Hashem’s creation by using his intelligence and bringing the forces of nature under his control. And through his G-d-given intelligence, skill, and energy, he has succeeded to some extent. For example, he has discovered new cures for diseases, how to perform heart transplants, and how to manipulate genes. However, in a world that is increasingly forgetful of Hashem, man is in constant danger of forgetting that he is still dependent on the Master of the world, and that these powers come from Him. Thus, Hashem gave us one day of abstention from every activity which signifies human power over nature, to remind us of this most important principle: He is the source of all wisdom and power.

Even the melacha of carrying, which seems not to be an inherent accomplishment in and of itself, demonstrates man’s supremacy over society – he can freely change an object’s location. By abstaining from carrying on Shabbos, we demonstrate that Hashem is also in control of our social lives. He can limit our movements by hostile conditions between two countries, transportation strikes, traffic jams, cancellation of appointments, illness, bad weather, etc. (The Sabbath p. 36).

Similarly, by refraining from earning a livelihood, we demonstrate that Hashem is our sole provider, and that even if we don’t work one day, Hashem will still provide us with our needs.

With this beautiful explanation, we can now return to Chanukah. The aforementioned idea is the antithesis to the essence of Greek ideology, according to which man had control over nature. The Greeks placed great emphasis on wisdom and intellect because they believed that the human intellect is the greatest power in the universe. Therefore, says the Ramban, they denied the existence of anything that they could not see or understand. Hashem simply did not exist in their eyes.

When a man keeps Shabbos, and especially when he refrains from doing the 39 melachos, he declares that there is a Creator. For over 24 hours, every action he takes must be measured. How he walks, talks, eats, cleans, thinks, carries, lifts, moves… on Shabbos they must be done in a certain way. By keeping Shabbos with all its halachos we lift up our sign high – we are open for business! We are with Hashem! But those who do not do so have unfortunately taken down their sign. They have joined the camp of the Yevanim.

This explanation of the melachos of Shabbos gives new meaning to our observance of Shabbos. Sometimes, as a result of the prohibitions of Shabbos, situations that are seemingly inconvenient and difficult arise. Knowing the above will help us reframe our thoughts and turn these incidents into positive experiences. We will realize that by refraining from doing melacha the entire day we constantly and actively affirm Hashem’s mastery over nature.

This article is extremely special to me. Yes, my dear readers, this is the 39th article in our series about Shabbos; hence, we explained the significance of the 39 melachos! In truth, the lesson we learned this month is a summary of what we have seen throughout this series – that “Shabbos is a day with Hashem!”

We saw that when we get ready for Shabbos, we demonstrate that a special guest is coming. When we make kiddush we declare that there is a Creator. With the Shabbos meal, we celebrate the wonderful world that Hashem made. When we learn Torah on Shabbos we reconnect with our Master. During each tefillah we remember each one of the special Shabbosos to which it corresponds: the Shabbos of creation, the Shabbos of Matan Torah, and the Shabbos of Olam Haba. When we make havdalla we stress our deep connection to Hashem and that we are different from the rest of the world. And of course, the backbone of it all is that we refrain from the 39 melachos. Without that, the main point is missing! This act declares that we are totally and completely under Hashem’s rule and that He is our King.

B’ezras Hashem, next month we will begin a new series on how to bring our tefillah to life and how to really enjoy those special moments spent each day with Hashem.

But that does not mean we should stop putting efforts into Shabbos. Now that we have gotten a glimpse of what Shabbos means, we must keep on going! Let us take what we have learned and expand on it. We will then see that there is always more to learn and more ways to grow! 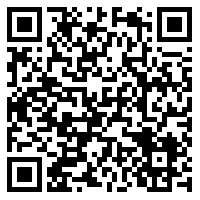