Join us each week as we journey across the United States and gather words of Torah from rabbanim representing each of the fifty states. This week we are pleased to feature divrei Torah from Rabbi Yosef Sharfstein, a Roving Rabbi in South Dakota.

There are more Jews on my block in Brooklyn than in the entire state of South Dakota. As a state with only 400 Jews and no permanent rabbi, the importance of each individual becomes very clear. This reminds me of the holiday we celebrate this coming week, the holiday of Chanukah, when a small group of Jews, the Maccabim, saved the entire Jewish faith from destruction.

For five brothers to wage war against a mighty Greek empire sounds like a foolish undertaking, so where did they get the courage, and why did they think they would succeed? They understood that it’s not about the numbers, because when channeled in the right direction, every individual has enormous power; as Chazal say, “Just as one small candle has the power to push away a room full of darkness, one positive action has the power to have far reaching effects.” This is also why on the first night of Chanukah we light only one candle but as the nights go on the one candle turns into two, then three, then four, until all eight candles are lit. All you have to do is kindle one flame and the light will spread and spread until your entire surroundings are illuminated.

While much has been said about the power of great Jewish communities, the power of the actions of an individual Jew is not to be overlooked; one small action by one person can have an effect even generations later. This was illustrated to me in an encounter we had during Chabad’s Rabbinical Outreach Program, known as the “Roving Rabbis,” while we traveled around the state trying to locate fellow Jews. Because Jews are few and far between in South Dakota, each visit starts off with our contacts from the previous year, and then we ask if anyone knows of any other Jews in town.

One day, someone mentioned that a friend of hers might have Jewish ancestry and gave us an address. The woman who answered the door, who was in her 60s, was more than surprised to see two rabbis in South Dakota, let alone knocking on her door. She invited us in and told us that her grandparents came to America in the early 1900’s and, although they didn’t practice Judaism, she thinks she may have Jewish ancestry because she remembers that every Friday afternoon her grandmother would light candles – and she showed us the candle sticks!

We traced her family history and discovered that she is actually Jewish. She was so excited. She told us that she has a daughter who lives in town as well and asked if we could please go visit her.

We did, and during the visit, her son walked in. He had just turned thirteen and we offered to make a bar mitzvah. They agreed. The next day, the grandmother, her daughter and her grandson along with some friends gathered together to celebrate the bar mitzvah of a boy who after three generations had just found out he was Jewish – all because many years before his great-great-grandmother had lit Shabbos candles. The light from those Shabbos candles traveled three generations to inspire them to reconnect with their Jewish souls. Never underestimate the power of a mitzvah no matter how small it may seem. 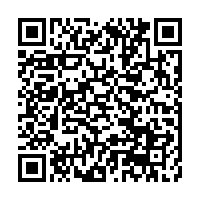