Yankel opened his front door and found his neighbor Berel waiting for him. “Yes, Berel, what can I do for you?” asked Yankel respectfully. “Reb Yankel, I am so sorry to bother you, but, you know, I used to have a cow, and well, she died, and now I don’t have a way to provide my family with fresh milk. Do you think you could give me one of your cows?”

Yankel shifted uncomfortably from foot to foot and answered: “Oy Berel, I wish I could. I only have two cows, and I need them both. But here, take this coin and buy milk for next week.”

Berel took the coin, graciously thanked Yankel, and went on his way. The next day, when Yankel heard a knock at his door, he was surprised to see Berel there again. “Yes Berel, do you need something?” “Well, you see, I don’t have a cow and I was wondering if you could give me one?” “Didn’t you speak to me yesterday about this?” asked Yankel. “I am so sorry; I really can’t help you.”

When Yankel saw Berel at his door on the third day, he almost fainted. “Yes, Berel, how can I help you?” “Umm, I used to have a cow and I was wondering if…” This time Yankel “had a cow” and screamed: “Didn’t I already tell you I can’t help!? Why do you keep asking me? Please leave me alone!”

We all know that if someone says they can’t help us, or even if they just avoid answering, it is rude and improper to keep asking. How much more so with the Master of the Universe. Yet, in the Torah we find the exact opposite. Regarding Yitzchak it says “Vaye’tar Yitzchak l’Hashem –Yitzchak entreated Hashem,” (Breishis 25:21) Rashi explains that vaye’tar means he kept praying and pressing for an answer. Similarly, the Midrash (Yalkut Shemoni, Vayelech 940) tells us that Moshe Rabbeinu prayed 515 prayers to be allowed to enter Eretz Yisrael!

Lest you say that only holy people are allowed to keep asking, the Gemara in Berachos (32b) says otherwise. “If a person davens and sees that he wasn’t answered he should daven again.” Similarly, the Yerushalmi (Berachos 31a) states that the reason Chana was given a child was because she asked over and over. The Yerushalmi concludes that we learn from here that anyone who davens a great deal for a specific matter will be answered.

Not only is it a good idea to keep davening, it is actually one of the explanations given for the word “tefillah.” Rochel Imeinu said “Naftulei Elokim niftalti.” (Vayeitzei 30:8) Rashi cites several translations, and one is from the words “ikesh u’pesaltal,” which means to go round and round like a wick twists around. She was saying “I was stubborn and begged Hashem with many entreaties for children.” According to this explanation the very meaning and essence of tefillah is to keep on asking. That is why day in, day out, over and over, in Shemoneh Esrei we keep asking for the same matters.

So why is it that davening repeatedly is the correct and proper way to act?

The answer lies in the words of the Zohar (Pekudei) that when a person prays over and over for a certain matter, even if Hashem doesn’t fulfill his request, he has honored Hashem through his efforts. Let us explain.

If we would ask Hashem for something only once or twice it may give the impression that if we won’t get it from Him, we can find other ways. Through asking over and over, we demonstrate that He is our only address. Each tefillah bangs in this idea, and hopefully, it will eventually soften our hard hearts and become a reality. It is impossible for our feeble human minds to understand the ways of Hashem and why He does not always answer our requests, but sometimes, one of the reasons is so that we can strengthen the awareness that we are completely dependent upon Him for everything.

This should drastically change our approach to tefillah. Sometimes we may think, “Again? Didn’t I just do this a few hours ago? And yesterday? And the day before?” And the answer is a resounding YES! That is exactly what Hashem wants us to do. Again, and again, and again, and again! This brings Him great pleasure and is the point of our prayers!

Now, sometimes, although we daven many times for something specific, it doesn’t happen and we may feel like giving up. That is a huge mistake! First, the more we pray, the closer we come to Hashem. Even if He doesn’t answer us, we are making great strides in achieving perfection in this world. Second, the seforim tell us that Hashem stores up our tefillos for times of need. For example, we may have a close relative or friend who is in a dire situation and no one even knows to daven for him. At that moment, Hashem takes out our stored prayers and uses them to save him. Our heartfelt tefillos will always be put to good use, even if we don’t see the results in the world. And finally, the Ma’abit (sha’ar hatefillah, chapter 17) tells us that sometimes Hashem decides that a certain amount of tefillos are needed in order to grant our request. We may be just one tefillah away from being answered. Don’t blow it when you are just around the corner from the finish line!

A word of caution: As good as it is to daven repeatedly, there are a few pitfalls to avoid. First, a person never really knows if the matter he is praying for is really in his best interest. For example, a person may want to be rich, but it would be a disaster, as it would lead him to sin and forgetting about Hashem. If he continues to daven for wealth, Hashem may answer his request even though it is bad for him. Therefore, it is always a good idea to leave the request more general, such as saying: “Please give me parnasah in the way that is comfortable and best for me.”

Second, constantly asking for something may cause us to feel that we deserve it, which is ridiculous, as Hashem owes us nothing! He constantly bestows on us so much good that even after a million years of doing mitzvos we would not come close to repaying Him for all those amazing kindnesses! In order to avoid these two mistakes, Rav Fishman, the mashgiach of Yeshivas Toras Moshe would say that it is worthwhile to conclude our personal requests with the following words: “v’hatzlicheini b’hatzlacha amitis b’rachamecha harabim – Please give me true success because of your great mercy.” Meaning, I know I do not deserve this and please only give it to me if it is truly good for me.

I think we can sum up this article with our own version of a proverbial phrase: “If at first you don’t succeed, pray and pray again!” 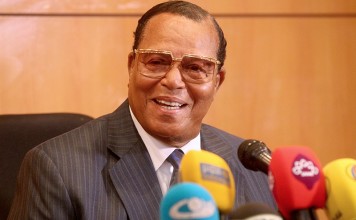 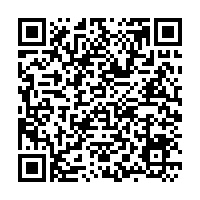