A chassid once asked his rebbe, “When Moshiach comes, how will I recognize him?” The rebbe replied, “The more important question is how will Moshiach recognize you?”

In Parshas Bamidbar, the Torah describes the marching formation of the twelve shevatim. The medrash notes that every shevet had its own banner, depicting its individual image and color. Hoisting that banner was a matter of pride.


On the flag of Shevet Reuven was the image of a plant, reminiscent of the ones Reuven picked for his mother to help her become pregnant. Chazal relate that Reuven picked those dudaim in an ownerless field to make sure he wasn’t stealing. The medrash adds that there were fruits growing on those flowers, but Reuven wouldn’t eat them until he had given the flowers to his mother.

What was so great about the dudaim that made it worthy of being the image on Shevet Reuven’s flag?

Our reflexes are a gift from Hashem. If one senses an object speeding towards his head and moves away just in time, that’s a reflex reaction. When one is walking and suddenly extends his foot higher or lower than the previous step, the body immediately adjusts its weight to make sure he doesn’t fall. That too is a natural reflex reaction.

The most well-known natural reflex is when a doctor hits a patient’s knee to test his reflexes, and the foot automatically extends.

But there are other reflexes that are not natural, and only result from training and developing a habit.

For example, a head lifeguard in camp may randomly demand that his lifeguards jump into the pool for practice emergency drills, even when the water is cold or murky. He is trying to get them into the habit of jumping into the water without hesitation, in case, G-d forbid, it becomes necessary to save a life.

The commentaries (Bereishis Rabbah) note that Reuven was only four years old when he went to pick the dudaim. For a child that young to be so concerned about not picking stolen flowers, means that it was a reflex, something he had been trained in. The fact that he wouldn’t taste the flowers until he gave them to his mother, also demonstrates this chinuch.

It’s likely that Reuven witnessed the incredible mesirus nefesh and selfless devotion his father displayed as a loyal employee of his dishonest grandfather, Lavan. Even under the worst working conditions, Yaakov was faithful and fulfilled his responsibilities to the best of his ability. Yaakov was obsessed with not taking what wasn’t his, and Reuven internalized that lesson.

The banner of Reuven contained the symbolism of developed moral reflexes!

In the second perek of Megillas Rus, there is a description of the original encounter between Boaz and Rus. After Boaz noticed Rus’s exceptional modesty and adherence to halacha, he told her: “Do not go to gather in another field, and don’t go elsewhere, and so you shall remain close to my maidens” (Rus 2:8). However, when Rus recounts the incident to Naomi she says, “Also he said to me, with my young men that are with me you should remain close until the harvest is completed” (ibid. 2:21).

The medrash observes that while Boaz told Rus to cling to his maidens, she recounted that he said she should cling to the young men. The medrash introduces the observation with strong words: “Undoubtedly, she was a Moabite!” It is inconceivable that Boaz would have told the young widow to mingle with the young men. But, Rus was raised in a society where such mingling was commonplace and therefore, her righteousness and commitment to Judaism notwithstanding, she misunderstood Boaz’s words.

Rus was unquestionably committed and had grown immeasurably in her connection to Judaism. But it is challenging to change notions and ideas that are ingrained from one’s youth. Rus had been raised in a promiscuous society and she was not used to the healthy boundaries dictated by halacha and thus misunderstood Boaz’s message.

A friend of mine related that when his grandfather was in the hospital, he was not always so lucid. Once when a nurse rolled up his sleeve and began to take his blood pressure. As soon as he felt something tightening upon his arm he began reciting the bracha “l’haniach tefllin,” the blessing men recite as they don their hand tefillin each morning.

In a similar vein, Rabbi Lipa Geldwerth related that when his father was in the hospital after a stroke, a nurse was wrapping a cord around his arm. While she was doing so, Rabbi Geldwerth noticed his father reach into the air in front of his forehead to adjust his Shel Rosh (which wasn’t there). It was an instinctual reaction, coming from decades of meticulous devotion to perform the mitzvah of tefillin.

Learning Torah and performing mitzvos are not only something we do, it becomes part of who we are. A truly G-d fearing Jew’s adherence to halacha becomes a reflex reaction. He recoils from a prohibition in the same manner that he recoils from touching a hot stove. Conversely, he relishes the opportunity to learn Torah because he finds fulfillment and connection through it.

We don’t merely keep the Torah; we also live it. That is an important part of what we celebrate on Shavuos. 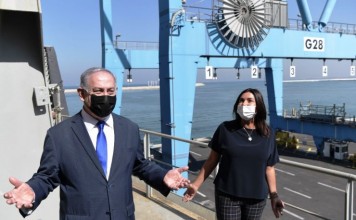 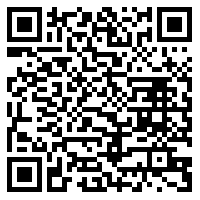