The defining moment for the Jewish people, as a nation, was the encounter at Mount Sinai when all the Jews gathered to receive the Torah. Our sages comment that the Jews were “K’ish echad belev echad” – one people unified as one person with one heart.

Never again in the history of our people were we able to duplicate this unconditional unified feeling. Since then we have been disjointed – constantly at each other’s backs, always ridiculing, always fighting. In the twelfth century, Maimonides’ books were destroyed at a public burning because of this fighting. The author of the Misillat Yesharim, Rabbi Moshe Chaim Luzzatto, was placed in cherem (excommunication) three times during his lifetime – all because of our inner strife. The disputes and outright hostility between the Chasidim and the Misnagdim in the eighteenth and nineteenth centuries were all the result of Jewish people not respecting their brethren.

What was so unique at Sinai? What was different then? What do our sages mean when they state that we were “as one person with one heart”?

Furthermore, the very idea that Jews could be unified is puzzling. Weren’t the Jewish people comprised of personalities such as Dasan and Aviram who have always been referred to as wicked? What about the Spies? Weren’t they at Sinai as well? And the wicked Korach and all his followers? How could there have been accord amongst our people when comprising them were people the likes of which were certainly not righteous?

To further complicate things, our sages comment as well that at the time of Sinai those who were ill were cured. The blind and the deaf, the lame, the mute and the sickly were all miraculously healed. On face value this was a miracle! But is this really what happened? Perhaps there might be a deeper meaning – an underlying motif and sensitivity that was present at Sinai that was never replicated in the future.

There is no question that the congregation of Israel at the time of the giving of the Torah was comprised of divergent views and that the people who would later be singled out as sinners were present as well. However, what was distinctive about the experience at Sinai was that no one judged anyone else. People respected one another. For after all, there is only one judge in this world and only He will decide whether one’s actions are wholesome and truthful. What identified Sinai was the underlying theme that we do not cast judgments on people. That we try to find the best in everyone and we avoid pre-judging anyone. No one has the right to make assumptions; no one has the right to critique anyone except Almighty G-d.

Equally I believe, when our sages state that the blind, deaf or mute were cured, that perhaps they felt whole again in the sense that no one with these formidable challenges was left alone. At the time of Sinai, there was such caring and concern; always there was someone ready to offer these people a helping hand, a loving gesture imbued with respect and sensitivity. Their sickness was remedied only because there was someone there to hold their hand and support them.

Too often today and in our history our leaders are quick to jump and call people names – labeling them as heretics and non-believers – instead of showing respect for all our brothers and sisters. What defined Sinai was our ability to care, to revere all Jews, all people.

That kind of attitude is sorely lacking in our traditional/orthodox world today, but is vitally necessary if ever we would rise to the level of Sinai again.

We need to ask ourselves – why are we still fasting on Tisha B’Av? We have our beautiful land of Israel. We are surely living in the days of the Messiah. What are we missing to take us to the level that we can stop these onerous fast days and usher in days of happiness for all our people?

Read the words of the famous Rabbi Elimelech of Lizhensk who composed this beautiful prayer. In it he asks G-d to:

“Place in our hearts the desire that we should see the good in people and not their shortcomings; when people speak to one another that they speak with goodness and kindness and that no one harbor hate upon their fellow Jew.”

Advice, all of us, our leaders especially, would be wise to take cognizance of. Advice that would surely bring us all closer to the coming of the Messiah – may he come quickly in our days. Amen 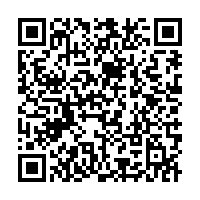