How do we define a Jew? Is a Jew someone who is born to a Jewish mother? Or is the definition of a Jew defined by a person’s actions? In short, does the fact that we are born Jewish identify us as Jews regardless of how we act or whether or not we adhere to the laws of the Torah, or must a person behave like a Jew – follow the Torah, act honestly in his business dealings – in order to be counted amongst the “Chosen People”?

As is usually the case with Jewish questions, both sides of the argument have validity. While someone who is born Jewish is undoubtedly, according to Jewish law, deemed Jewish, there is still the underlying prerequisite that one’s actions also, and perhaps equally, define a person’s Judaism.


One only needs to look into the Torah to feel this tension. At the end of the portion of Va’etchanan, Almighty G-d addresses the Jewish people and says: “For you are a holy people to Hashem and Hashem has chosen you to be for Him a treasured people above all the peoples that are on the face of the earth.”

And yet in Parshat Eikev the Torah states: “Not because of your righteousness are you coming to possess this land, but because of the wickedness of these nations…and in order to establish the words that Hashem swore to your forefathers Abraham, Isaac, and Jacob.”

On the one hand, we are chosen, yet it would seem that the reason why we were selected is only because the other nations were more wicked than us and also that G-d had made a promise to our forefathers. If we were righteous, however, we would not have to rely on the strength of our lineage!

Are we born with this identity or must we earn this title? There are obviously two components in being a Jew. One, to be born Jewish, but second, to behave as a member of the Chosen People. So that even though technically one who is born from a Jewish mother is Jewish, there is also a responsibility that goes along with being a Jew. This responsibility is perhaps equally as important.

We are judged more stringently than others. We are commanded to be the light of the world. When Jewish people act dishonestly, whether in business dealings or in their interpersonal relationships, they create a chilul Hashem. In essence, they negate their Jewishness and in a certain way dissociate themselves from being Jewish.

Given the fact that the Jews are referred to as a “priestly and holy nation,” special to G-d, how does G-d relate to the rest of the world? Further, how should we as Jews define our relationship with those who are not Jewish?

The Talmud tells us that when the Egyptians drowned in the sea, the Jews sang in praise to G-d. The angels also wanted to sing in thanksgiving; however when they approached Almighty G-d to rejoice, He responded: “The works of my hand are drowning in the sea – and you want to sing?!” The implication of these words is that G-d has a love relationship with all people, albeit less than with the Jewish people, but substantial enough that they are recognized as valued and dear creations by Almighty G-d. G-d loves and respects all of His creations, and is sad when anyone dies or is hurt – Jew or non-Jew!

That this respect for all people is vitally lacking amongst many of our Jewish brothers and sisters is an understatement. There are times that I am called to observe yeshivot and I witness firsthand the scorn that the children have for non-Jews, attaching derogatory names to them and showing no reverence for them as human beings. Frequently they refer to them as having a “goyishe kop” or other unfavorable terms without giving them the value that they too are the creations of Almighty G-d.

Adam was not Jewish; neither were Noah or our forefathers Abraham, Isaac, and Jacob. They were the forerunners of the Jewish people, but the first Jews were all of us when we assembled at Mount Sinai and accepted the Torah. Thus, that appreciation and respect for all people should be inborn in us – for we too come from non-Jewish descent.

Being a Jew requires that we are not only born into it but that we act in consonance with our Torah. And being a Jew also requires of us to respect all people and to teach our children this lesson as well, for everyone was created in the “image of G-d.” 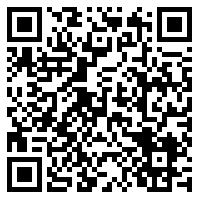