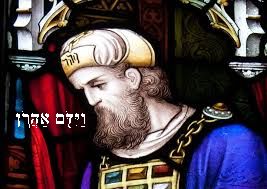 Many have commented on the silence of Aharon in the face of the death of his two beloved sons, Nadav and Avihu.
Our sages teach us that Aharon’s silence is praiseworthy.
After all, Aharon must have felt deeply saddened, and nevertheless, he remained silent and accepted Hashem’s decree without questioning.
Indeed, we find that Moshe himself consoles Aharon by telling him that his two sons were (to a certain degree) even better than the two of them for Hashem picked Nadav and Avihu to sancitify His name through them.
See Rashi: “Moses said to Aaron, “Aaron, my brother! I knew that this House was to be sanctified through the beloved ones of the Omnipresent, but I thought it would be either through me or through you. Now I see that they [Nadab and Abihu] were greater than I or you!”- [Vayikra Rabbah 12:2]
However, perhaps there is another reason for the silence of Aharon. (VaYikra 10:3)
If one looks in the Pesukim, one finds that “Aharon was silent” appears only after Moshe has informed Aharon that Hashem has stated, “I will be sanctified through the beloved ones.”
Meaning, Aharon already knew that his sons were holy and were the ones chosen to sanctify the name of Hashem. If so, one can ask why Aharon is silent?
Why does he not respond with joy at the realization that his sons were the ones chosen to be sanctified because of their closeness to Hashem?
What is the point of his silence?
We find that Chazal informed us of many not too complimentary acts of Nadav and Avihu.
In fact, according to one opinion in the Medrash, the brothers said to each other, “When will these old people (referring to their father Aharon and their uncle Moshe) die and we can take over the leadership.”
That is undoubtedly a strong indictment against Nadav and Avihu.
Of course, compared to us and our level, we cannot possibly fathom their spiritual greatness.
Nevertheless, the words which Nadav and Avihu uttered undoubtedly must have been painful for Aharon to hear.
Perhaps we can suggest, therefore, an alternative explanation for Aharon’s silence.
Perhaps Aharon’s silence was not a sign of his complete acceptance of Hashem’s decree; maybe it was a sign of his humiliation.
Meaning, intellectually, Aharon understood that his sons were great and close to Hashem.
However, on an emotional level, he also had to contend with the fact that his sons’ had uttered these words, “When will these old people die….”
Aharon is silent as he ponders the question, “Are these the children I have raised?”
Perhaps Aharon’s silence was more a sign of embarrassment of having raised two arrogant and brazen sons as Nadav and Avihu.
Aharon, therefore, was embarrassed and questioned his parenting skills as he realized that one of the charges leveled against his sons was the charge of hoping he and Moshe would die so his sons could take over!
This no doubt caused Aharon much pain and anguish, and his silence is one which is indicative of self-doubt than of acceptance of a heavenly decreed.
It is precisely then- when Aharon is at the lowest point of his emotional state when he feels that he has failed as a parent, that Hashem reaches out to Aharon and says to him, “Come, let us speak together. Just the two of us alone.”
What Hashem was doing when he said to Aharon, “Let’s talk,” He was telling Aharon that, “Don’t worry and don’t feel humiliated or embarrassed. You did the best you can raising your sons in the way of Torah and Mitzvahs. The choices which they made are theirs and theirs alone. You have no reason to be embarrassed.”
Too often, we also may feel embarrassed or at fault for the actions of our children or others.
We must know that, more often than not, we are not to blame, and we have no reason to feel humiliated.
Children have the choice to make their decisions in life, and these decisions do not reflect on our parenting skills.
This was the lesson Hashem was imparting to Aharon.
Aharon was silent as a sign of embarrassment, and it was Hashem who brought him out of his sadness by reminding him that he is not to be blamed, and his parenting skills are not being questioned.
This struggle is one that all of us contend with in our own lives.
Let us take encouragement from the way Hashem responds to Aharon in reminding us that our children have the right to make their own decisions, and we are not to be blamed for these decisions.
Hashem was giving Aharon the Chizuk and encouragement to keep on going and not becoming self-absorbed in self-doubt.
All of us question our parenting skills, and all of us wonder if we could have done things differently.
However, the reality is, as Hashem points to Aharon, “You have nothing to be ashamed about. Your children make their own decisions, and you are not to blame.”
Hashem takes Aharon for a private talk to give him Chizuk and encouragement.
This is a lesson for all of us.
Advertisement 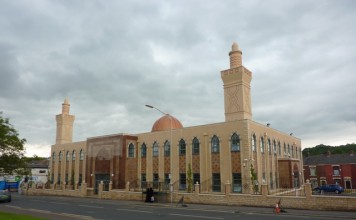 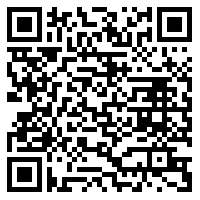