Are we born with courage? If not, can it be learned and cultivated?

Dr. Robert Biswas-Diener, in his book The Courage Quotient, contends that human beings can become more courageous and outlines several useful strategies to do so. For example, egocentrism sometimes increases fear. The more we focus on ourselves and the potential consequences that may befall us, the more we tend to be afraid. Therefore, one potential way to decrease fear is to promote an outward focus rather than an inner one. The more we remove ourselves from the situation, the more courage we will feel.

The first topic in Moshe’s farewell address to Bnei Yisrael pertains to the laws of judges. He declares that judges must promote justice and prevent corruption. In this context, the Torah states, “Lo taguru mipnei ish, ki hamishpat leilokim hu – Do not ‘taguru’ before man, for judgment is G-d’s” (Devarim 1:17).

What does “taguru” mean? Rashi presents two interpretations. The first is fear. The pasuk is commanding judges not to fear other people. The second explanation, based on the Gemara (Sanhedrin 6b), is that “taguru” means hold back. The Gemara says a student should not withhold his opinion if he sees his teacher judging a case between a rich man and poor man and has an argument that would help the poor man. Even if he is nervous about his teacher’s or the rich man’s response, he must not hold back his opinion.

Whichever explanation of “taguru” is correct, the message of the pasuk is about fear. Fear of another human being cannot be a factor when pursuing justice.

The commentators differ as to the meaning of the continuation of the pasuk: “ki hamishpat leilokim hu – for judgment is G-d’s.” Rashi, based on the Gemara (Sanhedrin 8a), explains that if a judge rules falsely, he inconveniences G-d. Since G-d is just, He will need to – so to speak – work overtime to figure out a way to correct the scales of justice.

The Ramban, perhaps dissatisfied with this answer, presents a broader theological and moralistic explanation. The reason judges cannot let fear pervert justice is because they are G-d’s representatives. They serve as G-d’s messengers to bring justice into the world, and if they distort the truth, they are derelict in their hallowed duty.

Both Rashi and the Ramban understand that “for judgment is G-d’s” functions as a reason for why a judge shouldn’t pervert judgment. Don’t fear man – either because you will be inconveniencing G-d or because you are perverting your divine mission.

However, based on the idea from The Courage Quotient mentioned above, perhaps we can suggest that the phrase does not give us a reason why judges shouldn’t fear man, but a strategy to decrease fear of man. Meaning, the way to decrease fear is to realize that justice belongs to G-d. If fear of another man is increased by a focus and concern for what harm that person can cause him, the judge should stop thinking about himself and direct his attention to the Divine. He should increase his courage by transcending concerns of person and ego and focusing on his Divine mission.

Even though the pasuk concerns judges, its message can be applied to each of us. We all are confronted by moral dilemmas at one time or another. Being concerned about what others will say or do can lead to fear and inaction. If we rise, however, above our personal worries and remember that we too can become emissaries of G-d’s word and bring justice to this world, we will acquire the courage necessary to stand up and do the right thing. 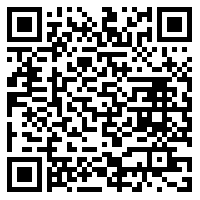