How does one communicate with people? What are the most effective ways and why should one be preferred over the other?

I have always advised my teachers that when they have something important to convey – either to a parent or to me as the principal of the school – to do so face to face. It is important to be able to see reactions and body language to understand emotions and what is really behind the words that are being uttered. To be able to look into the eyes of the person you are speaking to and empathize with their pain or share with them in their happiness. There is no substitute for this kind of direct communication.


The next best way – though certainly in the class of non desirable – is phone communication. There at least one could hear the inflection of the voice that is communicating with you and there is give and take. The drawback in this method is that people often say inappropriate words when they have that receiver in their hand, words that would probably not be said had there been face-to-face exchange.

Years ago, when technology was not as advanced as it is today, written letters were used as the primary way of correspondence. Often because of distance, written letters were not so glibly composed. Usually the author would read and re-read their letters to be sure that their words were accurately understood. The process was arduous and often one waited weeks if not months for a response.

With the advent of the Internet, however, our generation has entered into a period of time of instant communication. Ostensibly this type of corresponding would seem the most efficient and best, but in my estimation it represents the worst type of interaction. While e-mails or Twitter or Facebook today are used to get the message out quickly, and, if used properly, can alert parents in a school of an impending program, announcement, or emergency, on a personal level it often removes the level of responsibility and accountability from the people who are writing them. Often they are angry at a situation – whether personal or school related – and they make accusations based on their anger without clear forethought as to the repercussions and the hurt generated by their words. It’s easy to do. One click and the message is sent.

When I receive such mail I often phone the person and arrange a face-to-face meeting which, more times than not, ends up with apologies on the sending of this message. I often tell my teachers that, except for just informational items, electronic communications to parents should never be used.

I understand the reasoning of some families who opt not to have Internet at all in their homes. The temptation of writing and receiving hurtful e-mails and viewing web sites that are at best unbecoming and harmful, and the ability to be involved with destructive forces, without any consequences, all in the confines of one’s home, is too easy. One gets the feeling that he/she is all alone and there are no consequences for their actions. The opposite is rather the case. By using the Internet one can destroy another person and can cause irreparable damage.

Lashon hara and unacceptable words are a serious issue among our people. We owe it to ourselves to be extra vigilant when using these modern tools of communication, which although, could have worth, could nevertheless cause devastating and irreversible hurt and pain. 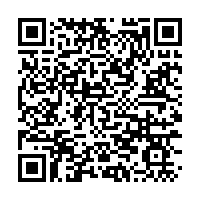