I am sitting at my desk in my home in the beautiful community in Gush Etzion, Allon Shvut, as tears well in my eyes. I think of all the recent victims of terror beginning with Eyal Yifrach, Gilad Shaar and Naftali Frankel, the three boys who were abducted and killed right outside my community walls, and ending with the horrific slaughter of four holy Jews, Rabbi Moshe Twersky, Rabbi Aryeh Kupinsky, Rabbi Kalman Levine and Rabbi Avraham Goldberg, slaughtered in Har Nof , Jerusalem as they were davening, and the courageous Druze policeman Zidan Sayif, who was killed in the process of killing these Palestinian savages.

On the walls of the bus stop near our village of Allon Shvut, close to the same spot where the three boys were abducted earlier in the year, there is a large painted sign remembering Dalia Lemkus, the young woman who was stabbed to death by a crazed Palestinian. I think of the poor mother whose baby Chaya Zissl Braun was overrun by another Palestinian filled with rage as they were innocently leaving the train station and the sweet soul of Karen Yemmima Masquera who was waiting at the same station and was also brutally murdered. How can anyone not be overwhelmed with sorrow and distress following these incidents?

I feel personally involved. Two of these attacks occurred close to Allon Shvut, and somehow I feel responsible.

It would be difficult enough to react to these horrible events if the world would sympathize and cry out in unison with us on the depravity of these people and the terrible acts of violence and murder that they practice, but when many of the world media vindicate and even find excuses for these savages, and blame the victim – the Jewish people – it makes the situation even more difficult to comprehend. The world has turned upside down.

The Talmud in Baba Batra states that when Rav Joseph Ben Joshua was ill he slipped into a comatose state. When he awoke he was asked, “What did you see?” He responded, “I saw an upside down world. What was important in this world was considered trivial in the heavens above. What was trivial and unimportant here in our world was given precedence and respect in the heavenly world.” To this the quick response came, “What you saw was the true world.”

Often I think of this selection from the Talmud as I go through my daily activities. The truths of these words are so pervasive. Many times we see this contradiction in our world; people who are evil are lauded for their works while the righteous are denigrated. Money is looked upon as the answer to all our prayers and people with it are respected regardless of their depravity and baseness. The world is upside down. Our priorities are all messed up!

This past week, after the killing of the four rabbis, this theme was especially poignant. Many leaders of the world with one breath announced condemnation of this terrible event, but within the same sentence they blamed Israel for inciting these acts by their demanding the right to be allowed to pray on the Temple Mount. How absurd! When was it okay to kill and mutilate innocent people in reaction to an alleged statement or wanting to pray at one’s holiest place?

We live in a lopsided world!

How do we respond? How do we continue?

The answer comes from the same section of the Talmud, “those who are respected in our world for their adherence and the study of Torah are the ones who are revered in the heavens as well.” 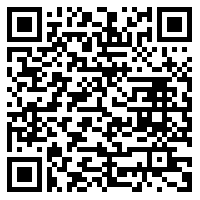