Kids today… that’s not the way we behaved when we were younger!! That is the mantra I hear repeated as parents bemoan the spoiled nature and lack of responsibility of today’s children. The problem is – it is not a fair comparison. Children have minds of their own and they act upon their own standards and perceptions of their world, even though we cannot always understand or relate. My mother often repeated a story about my sister as a six-year-old child. Moments after telling my sister that she could not cross the street alone, my mother found her riding her bicycle on the other side of the street. When she was confronted, my sister confidently replied, “I did not cross alone, I had my bike with me.” In her six-year-old sense of reality, she believed she was acting within the rules.

Hillel teaches us in Pirkei Avos (2:5) “Do not judge your friend until you have reached his place.” We are instructed to give others the benefit of the doubt with regard to their behavior. Even if their behavior seems wrong, since we are not in their shoes, we do not know how we would react under similar circumstances. The Vilna Gaon expands this to explain that we can never actually be in someone else’s shoes. A person is a cumulative creation of his emotional and psychological makeup, family background, and life experiences. No two people have the same combination of life experiences and physical and emotional sensitivities. Consequently, it is impossible to truly be in someone else’s shoes. The Vilna Gaon is teaching us that we can never judge others since we can never fully understand who they are and what caused them to act in a particular way.


I believe that a large component of our chinuch challenges today is the fast-paced changes that have taken place in technology and society over the past few decades. Parents primarily learn parenting skills by accessing their own upbringing. It is easier to parent when we can use the skills that we learned as we watched our parents raise us. The rapid changes in our society have not been accompanied with instruction booklets to explain how to best raise a child in this distractible, techno-savvy world.

Many parents think that the same rules apply and that they could have the same expectations for their children as their parents had for them. They must be attuned to the words of Hillel, however, and realize that we cannot judge our children, because we don’t necessarily understand them – and we have definitely never walked in their shoes. Yes, we were once children, but, hopefully, we are not children today, and therefore, can barely access our childhood feelings and experiences. In addition, our challenges were worlds apart from the challenges our children face today – and that makes it impossible for us to judge them, or raise them based on old standards. We must open–or create–the 2013 manual to relate to our children in a way that will help them feel understood and appreciated – so that they will understand and appreciate us. The Torah principles and ethics have not changed, they are eternal, but the means of teaching them must change if we are to be effective in reaching our children.

When I was a child, a computer occupied an entire room and cards were used to input information. Today, the technology on a child’s watch is more powerful than this 1970s mainframe. When we were younger, we were told which children we could play with. Today, any maniac can communicate with our children via the computer or their smartphones. When we were younger, it was easier to bridge Torah study with some exposure to secular culture, and it was more acceptable to memorize Babe Ruth’s home run record while growing into greatness in Torah. I firmly believe that it is not so simple to combine the two pursuits in the same way in today’s world. When the sports heroes are so far from our Torah values and the path to decadence is so readily accessible, when so much of the secular world is antithetical to our Torah lifestyle – it is virtually impossible to have our cake and eat it too. 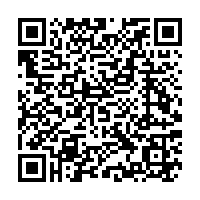