On April 17, the Jerusalem Post editorial entitled “Mourning Differently” wrote of the difficult task that mourners have on Yom Hazikaron. All Israelis from diverse backgrounds, whether they are city-dwellers, Kibbutzniks, Druze or Bedouin; all who have suffered in defending the State of Israel, join hands on this day to express their suffering.

Despite the different backgrounds, we are united in our suffering and our mourning with the families of our people who defended our country and gave the ultimate sacrifice, or who were killed by Arab terrorists.


This is the way it should be. We recognize that these terrorists who seek to destroy us because of blind hatred are our enemy and we recognize this as such. Though they have their own beliefs however warped and convoluted, they are terrorists!.

But the second part of that same editorial left me in total disbelief.

There are Israelis who seek to use Remembrance Day to go even further. Not only should this be a day of coming together for diverse groups within Israeli society who are on the same side of the conflict, they see it also as an opportunity to recognize the common denominator of suffering on both sides of the conflict.

For 13 years, Combatants for Peace, an organization that brings together IDF soldiers and Palestinians who have previously carried out terrorists acts against Israelis, and the Parents-Circle Families Forum have organized joint Israeli Palestinian Remembrance Day Ceremonies.

At this point in the editorial I was expecting to read of the total shock and disgust by the editor of this entire initiative. After all, how can one offer compassion to the families of Terrorists who, many, praise the death of their children; calling them martyrs – and are receiving funds from their government as incentives for their children’s brave acts of terrorism? They are after all terrorists! The definition of a terrorist is one who commits acts of terrorism not accepted or condoned by normal people! Their acts are inexcusable! They should not be mourned but forgotten!

But that was not the conclusion of the editorial.

However, people should be allowed to mourn the way they wish. We should not pass judgment on what are clearly the heartfelt emotions of mourning families and their sincere attempts to heal a rift by recognizing the pain on both sides.

Are we kidding? A terrorist kills innocent people and we should sympathize with their family on the loss of life of this despicable human being? Using the same reasoning, imagine mourning with the families of the nineteen terrorists who also believed that their cause was just, who blew up the World Trade Center in New York? Or maybe we should identify with the mourning families of Hitler, Goering, Himmler and Eichmann who also believed that their cause was right, who murdered millions of our people? Perhaps we should show compassion for the families of the members of ISIS who brutally and mercilessly killed innocent people!

There is a boundary, a line, which sane people must draw, when cold-blooded acts of terror are carried out. We are obligated to recognize these terrorists as crazed and inhuman, people without basic compassion for innocent people, and they and their families are not deserving of our mutual sympathy.

It’s bad enough that seven thousand people showed up subsequently for a rally expressing this view but when a supposedly reputable newspaper as the Jerusalem Post expresses this view it becomes unconscionable!

It reminds me of the famous quote: “One who is compassionate to the cruel will eventually be cruel to the compassionate.”

Our job as decent citizens of the world is to recognize the abhorrent and hateful behavior of these terrorists, and blot out their memory from the face of the earth. 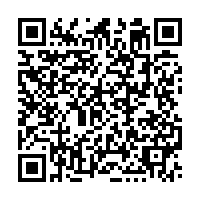