In this week’s parsha, we read about the climax of the episode of Yosef having been sold into slavery in Metzrayim. The story culminates with Yosef’s ascent to the thrown and seeing the fulfillment of his dreams, when his brothers came to bow down to him. Eventually Yosef reveals his identity to his brothers and invites them, their families, and their father Yaakov to come live in Mitzrayim.

There are many things that we can learn from this episode. Everyone is bothered by the fact that none of Yosef’s brothers recognized him. Yes, it is true that when they last saw him 22 years prior, he did not have a beard, and now at the age of 39 he did. But how could it be that they didn’t suspect that this was their long-lost brother – who, as Rashi points out, they came to look for?

The meforshim suggest an answer that speaks to human nature: When people are convinced of a certain idea, even if the facts are staring them in the face, it is difficult to recognize that one’s belief was erroneous. Yosef’s brothers convened a beis din and paskened that he was wrong and was deserving of death. In their minds that was the truth. In that line of thinking, it was literally inconceivable to think that Hashem would reward him and position him as the ruler of the most powerful nation on Earth. It was inconceivable to them that the dreams that they deemed wrong were prophetically coming true in front of their eyes. And therefore, they did not even suspect that the dictator standing in front of them, who knew their age order and from which mother each was born, and the type of wood used in their cribs (Rashi), was their younger brother. Because, based on their preconceived notions, that was impossible.

To illustrate this point, we find a similar concept in today’s political environment. There are many conservatives who have fought their entire lives for certain values and positions. Today, with the help from Above, the president of the United States has fought for and accomplished many of those same ideals and moral positions, passing many of them into law and fighting for others. Yet, these “conservatives” remain Never-Trumpers. For some reason or another they cannot appreciate that the president has accomplished what they have been advocating for their entire careers. If they had intellectual clarity and integrity, they would support and embrace the president for these efforts. But instead they remain steadfast in opposing him at all costs. Even if it hurts the agenda that they would have supported had it been advanced by another. Why can’t they see the facts staring them in the face? It is because they have preconceived notions about the president and they can’t let facts get in the way!

Another lesson we can learn from this episode is the fact that prior to Yaakov’s descent to Mitzrayim, he sent his son Yehuda “lehoros lefanav – to teach in front of him” (Bereishis 46:28). Rashi quotes a Midrash that explains that Yaakov sent Yehuda to establish a yeshiva prior to his arrival. This was seemingly a strange practice. Why could Yaakov not have waited until everyone arrived before the yeshiva was built?

I once heard a wonderful explanation for this practice. The halacha is that one is not allowed to live in Mitzrayim. The Rambam (Hilchos Melachim 5:8) explains that this was prohibited because the culture of Mitzrayim was worse than any other place on Earth and living there would be a negative influence. The Radvaz (ibid) interestingly says that he lived in Mitzrayim for several years before he was able to move to Eretz Yisrael. He explains that it was permitted for him to do so because he built a yeshiva. Quite an interesting heter! What does that mean?

The understanding is that if one has a yeshiva and a community where he can learn and serve Hashem, he can be protected from the cultural influences that he finds himself in. Perhaps that is why Yaakov Avinu sent Yehuda ahead to set up the yeshiva prior to his arrival so that he and his family would be able to enter directly into a safe environment.

Needless to say, the culture we find ourselves in today is not conducive for spiritual growth. Our only lifeline while living in galus is to cling to a yeshiva, a shul, a community where we can properly serve Hashem without the effects of the outside influences. 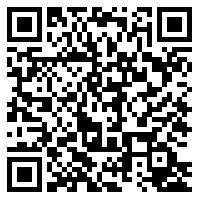