The Torah’s most ambiguous and indeterminate passages are often the most interesting and impactful. At times we are faced with stark dichotomies, black-and-white portrayals of right and wrong, good and evil. Unequivocal lessons tend to wash over us; we listen, but we don’t really hear the message. As the Ramchal writes in his introduction to Mesillas Yesharim, we often ignore straightforward lessons precisely because they are so simple and obvious. Narratives that do not teach obvious lessons, by contrast, force us to engage; they raise questions instead of providing answers, and we must invest in developing credible explanations.

In Parshas Vayechi, an elderly Yaakov gathers his sons to give them brachos and charge each one with his future mission as a unique segment of the Jewish people. While he offers positive impressions about his other sons, Shimon and Levi are severely chastised for massacring the city of Shechem in order to rescue their kidnapped sister, Dina:

“Shimon and Levi are brothers; weapons are the tools of their trade. I will not enter into their communal deliberations; my honor will not join with them; for in their rage they murdered people after first laming their victims’ strength. Cursed is their anger for it is fierce, and their rage for it is unbending; I will therefore divide them in Yaakov and disperse them within Yisrael” (Bereishis 49:5-7).

According to R. Samson Raphael Hirsch, Shimon and Levi are too impetuous and too impulsive to be trusted with positions of political leadership. By destroying Shechem, they demonstrated that, blinded by rage and righteous indignation, they would use trickery and violence rather than careful deliberation to achieve their goals. Such zeal has its place – Shimon and Levi ultimately produce teachers, scholars, and religious leaders (Yalkut Shimoni: Bereishis 158) – but it must not hold sway over communal policymaking, which requires thoughtfulness and nuance. To ensure that these tribes does not attain a power base they might use to influence the political affairs of the nation, Shevet Levi is dispersed in the arei miklat and Shevet Shimon’s land is subsumed within the territory of Shevet Yehuda.

While Yaakov’s comments to Shimon and Levi in Parshas Vayechi seem very critical, the exchange between Yaakov and his sons in Parshas Vayishlach paints a more ambiguous picture. After they destroyed Shechem, Yaakov rebuked Shimon and Levi, arguing that their rash act discredited and endangered him among Canaan’s inhabitants. The brothers affirmed the justness of their actions, however, regardless of what tangential difficulties they might have causes: “And they said, ‘Shall he then make our sister a prostitute?’” (Bereishis 34:31). Notably, Yaakov offers no retort to Shimon and Levi’s argument; the Torah makes it seem that the destruction of the city was just. Midrashim and several Rishonim confirm this, noting that Shechem’s kidnapping and assaulting Dina violated the basic laws of humanity, and that the city’s inhabitants were guilty of failing to punish their prince’s crime.[1]

How are we to understand this story?

Both Yaakov and his sons are right, and also wrong. Shimon and Levi’s cause was just, but the means they used to enforce justice were not. In their zeal to uphold the law, they became destroyers rather than builders. The story of Shechem and Dina, and Yaakov’s later condemnation of Shimon and Levi’s actions, thus leaves us with hard questions and few definitive answers. Seen from one vantage point, Shimon and Levi are clearly correct; Shechem broke the law and was rightly punished. Viewed from a different perspective, Yaakov is correct; the brothers’ rash actions compromised his ability to uphold Avraham’s legacy by spreading awareness of God to others. 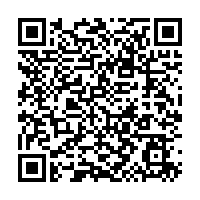