Of all the middot tovot that should be part of one’s personality, the central and most paramount is hakrat hatov, the binyan av of all good middot. If one possesses hakarat hatov, all other good characteristics will flow from it; humility, anger management, and a friendly countenance will all emerge from one’s personality. A lack of appreciation for all the good that Hashem, our parents, rebbeim, and friends do for us plagues our community and we should strive to eradicate it from our midst.

The root of the word yehudi means to give thanks. The essence of a being a Jew is having the ability to acknowledge favors people have done for you and to thank them. Moshe Rabbeinu refused to perform the first three plagues, all water-related, because he had been drawn out of the water and saved as a baby. As a result, he felt he couldn’t perform the makkot of dam and tzefardayah, of Blood and Frogs, by hitting the water which had carried him. He also wouldn’t strike the ground to cause kinim, lice, to emerge because he buried the Egyptian he killed in the ground. If we have to show hakrat hatov to inanimate objects, then how much more so must we express gratitude to people who have done good for us.

When the Nazis pillaged Vilna, Rav Gustman zt”l was forced to escape to the forest and be on the run for two years. Six months earlier, Rav Gustman had been walking in the forest with HaRav Chaim Ozer Grodzinski, zt”l. They were speaking in learning and every five minutes, Rav Chaim Ozer would point to a plant and say, “that over there is poisonous and that other plant is fine to eat.” At the time, Rav Gustman thought Rav Chaim Ozer’s behavior was slightly bizarre. However, when he was forced to flee into the forest, he was able to survive using the knowledge about plants Rav Chaim Ozer had taught him. Many years later, when Rav Gustman moved to Eretz Yisrael and opened his yeshiva, Netzach Yisrael, he insisted on watering the bushes outside the yeshiva building. The bochorim implored him, “Rebbi, let us water the bushes.” Rav Gustman resplied, “I have a debt of gratitude to pay to bushes. I must show hakaras hatov, so I will water them myself. They saved me in Europe.”

The Avudraham explains that the reason Modim is the only bracha in Chazaras HaShatz that the tzibbur says is because one cannot give thanks to Hashem through the Sheliach Tzibbur, through a messenger. You have to thank Hashem yourself. It is a personal requirement that does not lend itself to be accomplished through an agent.

HaRav Chaim Shmuelevitz zt”l writes that Eliyahu HaNavi and Elisha felt such outpourings of gratitude to the families that lost their children that Hashem gave them the strength to revive the dead and bring back these children to life. It is only through the middah of hakarat hatov that one could merit receiving this supernatural strength.

The Jewish perspective is not about keeping a scorecard or exercising reciprocity, a quid pro quo. When a person helps us, we must always be makir tov, but not think, “I’ll pay you back, we’re even, and that’s it.” No matter how many times we will have done something for the other person, the feeling of hakarat hatov must always exist. Ammon and Moav saw the relationship between Avraham and Lot this way, Lot went with Avraham to the Land of Canaan and then Avraham redeemed him from captivity making them even. Therefore, in Devarim, when Bnei Yisrael wanted to travel through their land, Ammon and Moav said no. They thought it was all even and there was no reason to show further hakarat hatov. That is not our way – we must always remember and recognize the good another person has done for us.

Also, it is important to point out that there is no statute of limitations when it comes to hakarat hatov The Ksav Sofer relates a teaching of Rashi that Avraham stayed in the same inns when he came back from Mitzrayim as he did when he went down – even though he had become wealthy there. We must never forget those who helped us during our time of need – especially when our life situation changes for the better.

Is It Proper…? What should one do if one hears about persecution of a people in a foreign land? 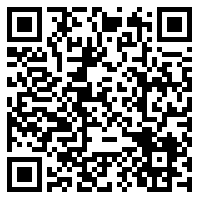