I never had a meaningful relationship with my grandparents. My grandfather on my father’s side lived in our home until he died. I was five years old when that happened and I remember very little. My great-grandfather, Rav Usher Anshel, was the gabbai to the Shinover Rebbi, Rav Yechezkel Shragai Halberstam; a tzaddik, I was told, but alas whom I never had the privilege of meeting.

On my mother’s side, my grandfather died before I was born. My grandmother lived near us and used to visit us often. When she visited, or when I visited her, she always gave me a Hershey bar. But she was from a different time and a different world – a world that spoke a different language, a world that was hard for me to relate to.

All our Patriarchs had deep and intense relationships with their children. The last recorded acts by them accentuate how vital and essential their family was to them and how concerned they were with its continuity. Avraham’s last recorded act in the Torah was to seek a wife for his son Yitzchak. The last recorded act in the Torah of Yitzchak in relation to his son Yaakov was to send him off to seek out a wife. In each case the Torah was stressing the importance of transmitting the Torah’s values to the next generation. Despite the magnificent accomplishments of Avraham and Yitzchak, the accomplishment of each that was recorded last – the most meaningful and important one – was the continuation of the next generation.

However, our Rabbis tell us that our first two forefathers were both alive during a good portion of their grandchildren’s lives, yet failed to develop a meaningful relationship with their grandchildren. It’s not until Yaakov came on the scene, as Rav Soloveitchik writes, that we begin to see the development of a grandfather-grandson relationship. Yaakov included in his final blessings his grandchildren Efrayim and Menasheh as equals to his children. He realized that one of the blessings of grandparenthood was to be able to witness firsthand the implementation of the morals and values that he had taught to his own children and to see these passed on to the next generation.

Parents know that they are successful only when they can witness the transmission to the next generation of the values that they hold so dear. Perhaps this is one of the reasons we are called the “children of Israel” – to accentuate the importance of the grandparent-grandchild relationship. As Yaakov, also known as Israel, so valued this connection, so we must equally treasure it. Indeed when someone converts to Judaism, the text reads, “In the name of our Yisrael Saba,” as a fervent prayer and hope that the bond being forged will last for generations.

We live in very special times. People are living longer, and with the advent of technology, communications between generations are so readily available. Grandparents have the ability to develop deep bonds and lasting relationships with their grandchildren, and in the process, can do their share in insuring the perpetuity of our people. Like Yaakov, the Torah tells us that Yosef also followed in the footsteps of his father, valuing that very vital grandparent-grandchild relationship. Grandparents today, like Yaakov and Yosef of old, also have the chance to see the fruits of their labor span the generations. They are given the chance to shape and influence the viability of the generations to come.

The responsibility is awesome. Its implication is far-reaching. As Israel/Yaakov developed this deep and profound relationship with his grandchildren, so too, the charge is given to all grandparents to be involved in the upbringing of their grandchildren. For theirs is a relationship guided by years of wisdom and love that should be treasured and never taken for granted. 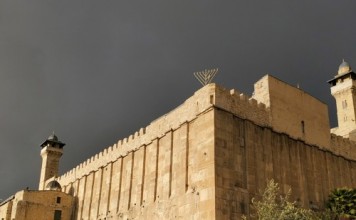