The Mishnah in Megillah says that one who reads the Megillah limafreia is not yotzei. This means if one reads or hears the Megillah out of order he has not fulfilled his obligation.

Some have suggested another pshat in this halachah. We know that after the Megillah is completed we can look back throughout the entire Megillah and see the Yad Hashem in every step along the way to the final yeshuah. Despite Hashem’s name not actually being mentioned in the Megillah even once, a discerning eye can see how His name is actually woven into each pasuk. One can see how Hashem was orchestrating every event. The halachah that we are not to read the Megillah limafreia – literally retroactively – can also mean that when we read the Megillah we should have already been privy to the fact that Hashem was planting the seeds of the yeshuah throughout and notice them along the way. If one only realizes this fact after completing the Megillah and comes to this realization limafreia – retroactively – he has not fulfilled his obligation.


The night of Purim should not be the first time that one is hearing the story of the Megillah. Reading it in public is intended to publicize the miracles that Hashem performed. But more importantly it is to publicize the fact that Hashem was performing these miracles even before it became apparent to the inhabitants of Shushan. By the time we are reading the Megillah we are expected to be aware of that phenomenon and be able to see the Yad Hashem in every aspect of the story.

The obvious next step that we should take is to realize that Hashem is controlling every aspect of our lives as well and sowing the seeds of our yeshuah as our “Megillah” unfolds in our daily lives. Just as in the Megillah, Hashem deals with us in our world with hester panim – hidden acts. Yet, He wants us to be able to see through the disguise (yes this is one of the reasons we wear costumes on Purim). He wants us to look at current events and politics and see Him, the true Orchestrator, behind the scenes.

When one looks for Hashem in current events it is not hard to find Him. Seeing Hashem pulling the strings of every aspect of our lives and of the world events will give a person a different perspective on everything. It offers serenity in a world of chaos, and security in an era of terrorism. But more importantly, one can better glorify Hashem’s name when he understands what Hashem has done for him. Why should we remain oblivious to all the seeds that Hashem is planting for our yeshuah?

We are undoubtedly living in momentous and historic times. While it may be difficult to notice from the daily news coverage, a broader view would display a different picture. Through open neissim, Klal Yisrael has been settling in Eretz Yisrael in multitudes. Yet, there are millions upon millions of terrorists who seek our demise. They were recently funded hundreds of billions of dollars, and continuously declare that they intend to kill Yidden R”l. A Megillah may one day be written about these times, and the Yad Hashem will then be as clear as we can now see it in Megillas Esther. We find ourselves in a similar situation as the Yidden in Megillas Esther. There are gezeiros against Klal Yisrael of even more grave magnitude, with chilling similarities. Unlike them, however, we do not have a navi living with us to inform us what to do.

Or do we? The Gemara in Megillah 14a says that there were only 48 neveiyim. The Gemara challenges that we know that there were many more. The Gemara answers that indeed there were many more neveiyim, however only 48 of them had nevuos that were intended for their times and for the future. Any nevuah that was written in Tanach was intended for future generations. The Gemara in Megillah 7a says that Esther asked the Chachamim “kesvuni ledoros – write Megillas Esther for future generations, include it in the sefrei Tanach. The Chachamim saw it fit and included it. By enlisting Megillas Esther in the sefrei Tanach, Chazal were informing us that this nevuah is intended for future generations, for a time where we will find ourselves in a similar situation. Dare I say, now is that time! Chazal listened to Esther’s request to enlist Megillas Esther in the sefrei Tanach to inform us what to do today!

The apparent solution that we must now apply to save us from our dire situation (yes, Iran, Chezballa, Chamas, etcetera, and millions of other terrorists pose a dire threat to us) is to follow what the Yidden in Shushan did: gather all the Yidden and daven. We must begin to take our predicament more seriously and as a result gather together and sincerely daven to Hashem to bring our yeshuah. 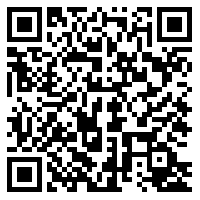