In last week’s article, I noted the harm in making hasty conclusions. Our senses are fallible and can easily mislead us. A human being, by definition, is apt to err and therefore should never rush to pass judgment.

We tend to think of “judging people favorably” (limud zechus) as going “beyond the letter of the law.” But it is hardly so. It is actually a basic requirement of human interaction. It can’t be said often enough: Our senses cannot be relied upon, and what we observe often is incorrect or a distorted interpretation of the truth.


Let me illustrate my point with several examples. At an engagement party a while back, I chanced upon someone I hadn’t seen in years. After the usual exchange of greetings, I remarked that the simcha was truly wonderful.

Her reply to my quite ordinary comment was completely unexpected. She started speaking about on how difficult her decision was and how happy she was that I acknowledged her efforts. She described the quandaries she had gone through and the courage it took to stick to her decision and persevere.

At first, I was totally taken aback. In no way did her words fit the casual observation I had made. It sounded like she had taken on something in her personal life, was convinced I knew about it, and had chosen to remark about it.

At first, I had no opportunity to correct her misunderstanding and after a while it didn’t make sense to do so. She would just be hurt and embarrassed. So eventually I just wished her success and we bid each other farewell.

When later replaying this conversation in my mind, I tried to imagine how she was replaying it. Perhaps she appreciated my “kindness” in addressing an issue on her mind; alternatively, perhaps she thought I was insensitive to voice an opinion on a personal matter. Either way, one thing was certain. She would be ready to swear I had initiated the subject when, in fact, I never touched upon it and still wonder what she was talking about.

Another time, I was present at a Sheva Brachos at which a young man delivered a speech. Later, a woman sitting next to me asked me whether I knew who the old man who had given the dvar Torah was. I replied that the talk had been given by the young man seated next to the older one she was pointing to. I knew it was him, not only because I had seen him give the dvar Torah, but because I asked him later to clarify a point he had made – which he did.

But she would not be dissuaded. She insisted the orator was none other than the old man. I didn’t pursue it. After all, what difference did it make? But I savored the precious lesson that had fallen into my lap. How often do we stubbornly hold on to mistaken impressions convinced we’re right, our mind refusing to let go of our conclusions?

One final, perhaps more prosaic, but still illustrative, example of how easily we can misinterpret what we see or hear: I once heard someone say, “Harofeh sheli amar…,” which naturally means, “My doctor said….” In the course of the conversation, it became clear, though, that what he actually said was, “Harofeh shel Lee amar – The doctor Lee had consulted said…”

Had I not realized my mistake, I would have been convinced that her doctor held a certain opinion when, in fact, her doctor may have held a completely opposite opinion.

We shouldn’t be so certain we’re correct – even when we clearly see or hear something. Misinterpretations abound. Always judge favorably. Doing so is not just the halacha. It’s also wise. 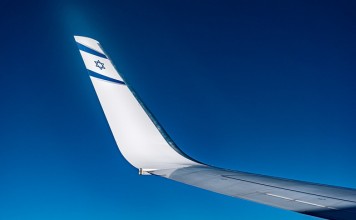