In response to a recent column, a reader sent me a story on integrity. Integrity is a weighty word, which consists of honesty, justice, righteousness, straightforwardness, and more. When giving Moshe Rabbeinu the mitzvah of machzis hashekel, Hashem showed him a coin of fire. Was the Almighty possibly warning us to handle financial matters as cautiously as we would a burning flame?

I thank the reader who shared the following:


My grandfather, Reb Leibish, was a well-known figure in pre-war Europe. He was once approached by a friend, Reb Shimon, who lived in a different country and in need of a loan of $100, which in those days was a sizable sum. Reb Leibish didn’t think twice and forwarded the requested loan. It reached Shimon shortly before World War II broke out.

Soon thereafter, Shimon and family were exiled to Siberia and its unbearable conditions. Money could certainly have alleviated Shimon’s difficult situation, but he didn’t help himself to the banknote in his possession, being unsure whether he would be able to raise that amount to reimburse his friend when released from his galus.

So he hid the money. The conditions he lived through were harsh. Suffering, starvation, and hard labor were his daily ration. Physically weak as a fly, yet morally as strong as iron, he wasn’t even tempted!

Shimon died in Siberia and entrusted his son Yidel with the precious banknote, leaving him instructions to return it to its owner when better times would replace those difficult days and deliverance would be in sight. After the war, Reb Yidel contacted Reb Leibish who had long ago “forgiven and forgotten.” But Reb Yidel insisted saying, “I can’t hold on to money my father suffered starvation for all the while refusing to touch it….”

Our integrity is tested at every corner. The Gemara relates that a gentile once offered Rav Safra a certain amount of money for an item. Rav Safra mentally agreed to the price but couldn’t say yes because he was in the middle of davening. The gentile mistook his silence as a refusal, so he offered him more. Rav Safra could have agreed to the higher price after he finished davening, but he refused to do so since he had already acquiesced to the original price in his mind.

Perhaps this story explains why, in English, the words “liar” and “layer” are almost identical. It could be a hidden message telling us that a liar sometimes pretends that something is true even while knowing that if he peeled back a few layers, the real truth – which he is trying to ignore – would become apparent.

It’s easy to fool others, but we dare not fool ourselves, said the Kotzker Rebbe. The Torah tells us, “Velo tonu ish et amito” – a man may not cheat his fellow. The Kotzker Rebbe pointed out that if one switches the ayin in “amito” with an alef, we get: “Don’t cheat your own truth.” We may not lie to ourselves.

The Gemara tells us that the first question a human being will be asked in the Tribunal of Justice after he passes away is “Nosato venosato be’emuna? – Were you honest in your business affairs?” Who can testify that he has always handled his monetary affairs with complete honesty? Yaakov Avinu was able to say, “Ve’onso bi tzidkasi – My sincerity will testify.” Can we say the same?

A student of mine, years ago, got married in a foreign country. For various reasons I couldn’t fly to the wedding, so I paid for the flight of one of her friends to represent those people who couldn’t afford to attend. I made it clear to her that the ticket was a gift and she shouldn’t tell the bride who had paid for it.

She later told me that her appearance at the wedding hall had astonished everyone and made the bride extremely happy, which gladdened my heart. She also, however, confessed that she had told the bride who had paid for the ticket despite our agreement. The bride had showered her with so much praise for coming that she couldn’t bear taking all the credit.

Two years later, I received a letter from this young lady. As I opened it, a check fell out. An accompanying note stated that she had just finished her studies and had gotten a job, and this money came from her first pay check. She wanted, she said, to reimburse me for the price of the ticket. I, of course, told her in a follow-up phone call that the ticket was a gift and my way of participating in the wedding, but she refused to listen to the voice of logic and would not take the money back. I subsequently used that money to help a needy kallah.

Wait, the story is not over. Four years later I received a letter from the bride herself. Upon opening it… a check fell out. The woman thanked me profusely for having sent a friend to her wedding which had increased her simcha tremendously. From that day, she wrote, she had looked forward to the time when she would be able to repay me for this kindness. Until then, her husband had been learning, but now that he had started earning an income, she wanted to reimburse me for the cost of the ticket!

She, too, refused to listen to the voice of logic when I called her, so, with her agreement, that money also went to a needy kallah.

I was doubly compensated for a ticket I had sponsored, reminding me of Chazal’s statement on the words, “aser te’aser” – “aser bishvil shetit’asher”! 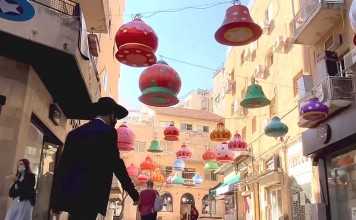 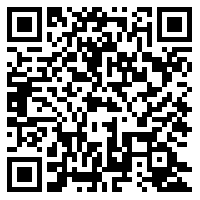