Harvey is set to join Hurricane Katrina as one of the costliest natural disasters in the U.S., thanks to flood damage. Harvey came full force as a Category 4 hurricane on Friday, dumping rain on multiple Texas cities, and was downgraded to a tropical storm Saturday afternoon. The National Weather Service has called the event “unprecedented.” Officials in Texas say that more than 10 people have died due to flooding.

Tropical Storm Harvey has broken the all-time record for tropical storm rainfall in the United States, federal scientists said Thursday. The storm dumped 49.2 inches of rain in a suburb of Houston, the National Weather Service announced Tuesday. The previous record rainfall of 48 inches was set during Tropical Cyclone Amelia of 1978 in Medina, Texas.


The disaster has unfolded on an epic scale, with the nation’s fourth-largest city mostly paralyzed by the storm that parked itself over the Gulf Coast. Eric Berger, a scientist who pens a Houston weather blog, concluded that Harvey is “almost certainly the biggest U.S. flood-producing storm” on record.

We continue to pray for the safety and wellbeing of all the residents affected by this storm. The Gemara (Yevamos 63a) says that disasters come to the world only because of Yisrael. Rashi on the Gemara explains that catastrophes occur so that Bnei Yisrael will come to fear Hashem, which will bring them to do teshuvah. The Gemara cites a pasuk in Tzefania (3:6) as a source for this statement. Tzefania says that the ultimate reason why Hashem will do this is so that we will await His kingship.

The Rambam (Hilchos Melachim 2:1) says that one of the fundamental principles of the Jewish monarchy is that the king’s constituents fear him. In order for us to accept Hashem as our king we must first fear Him. One of the main principles of Rosh Hashanah, which is fast approaching, is that we officially accept Hashem as our King. During the month of Elul we prepare for this, and witnessing Hashem’s might and power on display with a storm such as the one wreaking havoc in Texas is intended to inspire us with awe.

The Chofetz Chaim (Leket Eimurim 12, “Ma Licha Nirdam”) writes concerning several earthquakes that occurred in his time that if there would be Nevi’im alive today, they would be going to everyone, warning them to do teshuvah. Now that we do not have Nevi’im, Hashem has other messengers. On Rosh Chodesh we say in Barchi Nafshi: “ose malachav ruchos – He makes His messengers strong winds.” Storms are Hashem’s messengers, sent to warn Bnei Yisrael to do teshuvah.

The first step in order to accept Hashem’s message is to realize that these abnormal events are messages for us. If we would speak about them in a different light, we would realize that it is Hashem that is storming – not Katrina, not Sandy, not Irene, not Harvey. Hashem! We should not attribute the storm to global warming, climate change, or any other factor, as many have done. Whether you believe in climate change or not, by claiming that some climate factor caused the storm, you take away from the fact that it was caused by the One who runs the world. He decided to bring this storm. Speaking about the storm correctly would strike its intended fear in us: the fear of Hashem.

Rahm Emanuel has been quoted saying, “You never want a serious crisis to go to waste.” While we truly do wish anyone affected by the storm well, we would not want their suffering to “go to waste.” May we heed the important timely message this storm was intended to convey. Amen. 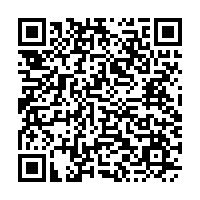