There have been times in Jewish history when the study of the Torah was forbidden by the enemies of Israel. Anyone who was caught studying the word of G-d would suffer dire consequences –often even death.

When one studies the Haftarah portion chosen by our Rabbis to have been read on a particular Shabbat, one gains insight as to what our teachers deemed as important – perhaps even the main thrust of that week’s Torah portion.

As an example; in this week’s portion, Naso, the Torah speaks of the gifts of the princes of the tribes and also the laws of sotah and nazir. When one would look at the Haftarah we would see that our Rabbis chose the story of Samson from the book of Judges who was a nazir from birth. It would seem then that the main point of discussion from that week’s Torah portion was the concept of nazir and its implications.

When one looks at the portion of Chukat, however, we are faced with a difficult enigma. The Torah portion begins with the classic law of the red heifer. According to our Sages this law is deemed as a chok, a law in which we have no understanding about, and this particular law is the example par excellence of the meaning of a chok. The portion then discusses the death of Aaron and Miriam and the conquering of parts of Israel by our teacher Moses.

The Haftarah, on the other hand, deals with an obscure leader of our people: the story of Yiftach. The story is related in the book of Judges and it tells of a man of lowly origin who is asked by the Jewish leadership to lead the Jewish people in war against their enemies. So questionable was the personality of this leader Yiftach that our Sages proclaimed, “Yiftach b’doro k’Shmuel b’doro” – Yiftach in his generation was equal in terms of leadership and the obligation to follow his direction as Samuel was in his generation. Meaning even though we may look down on Yiftach, we should still respect him because he was the Jewish leader.

Of all the subjects to hone in on, our Rabbis chose the subject of leadership and what constitutes a leader of the Jewish people.

Clearly the intent of our Rabbis is to say that G-d has many messengers. Some as appealing in their leadership as Moses and Aaron and Miriam. Yet some are people whose leadership ability certainly do not match their piety or their religious commitment. But our rabbis still recognize these as reputable leaders of our people.

I often wondered why the Torah gives such credibility and front-row importance to Balak or the gentile prophet Bilaam. These are two people who were definitely not friends of our people, yet because Bilaam blessed our people instead of cursing them, he, as well as Balak, were given the honor of having a parsha named after them.

It is as if G-d is openly proclaiming that blessings for our people and leadership can come from anywhere, sometimes the strangest places. And yet we must show respect for these blessings – even to the point of including them in our liturgy and recognizing these leaders as bona fide leaders of our community and our nation.

I am incensed sometimes at the accusations by some of our Jewish leaders of our times, who exclude the leaders of the state of Israel – present or past – by the flip statement that since they are/were not fully observant they should be considered as treif.

Was Yiftach deemed as a non-leader because of his obvious questionable background? Leadership is not defined by us but a choice of Almighty G-d! Only he can define who are leaders are and it is he who establishes whose blessings become the source of strength for our people.

Some of our leaders should take a lesson from this and instead of promoting disunity among our people because of their sense of what is an acceptable leader, they should show respect for them as the conduit of G-d directing our people. G-d has his calculations and prerequisites as to who should be deemed and designated as our leaders. Let’s leave it to his wisdom to make these choices and decisions. 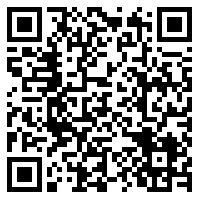