Rabbi Shlomo Carlebach used to tell the story of his quest for holiness. As he searched, he entered the hallowed synagogue where he noticed the austere rabbi of the congregation sitting in the front row-deep in prayer and supplication.

“Is this the example of holiness?” he asked himself.

As he continued his search he noticed a man adorned in fine clothes deep in Torah thought. Surely he was one of the leaders of the Jewish community?

“Is this the example of ultimate holiness?” he asked himself

And the response again came. “It could be, but in this case it was not.”

But just then – as Reb Shlomo continued his story – he saw an old, poor suffering man with tears in his eyes, as he recited the holy words of the Psalms. The pages of his prayer book were drenched from his crying and weeping.

And again the question reverberated:

“Is this the example of pure holiness?”

And the response was definitive: “Yes, this is the example of true kedusha.”

Often we look at a person or an event and we are convinced that this is the highest level of sainthood and godliness, not realizing that G-d seeks what is in the hearts and soul of humankind and not their outward appearance.

The Talmud in Tractate Taanit tells the story of Rabbi Broka from the city of Chazoi who frequented the market place of Bei Lefet where Elijah the prophet was known to appear. One day when Elijah appeared, Rabbi Broka asked him, “Is there anyone in this market place who will receive a share in the world to come?

One would expect that Elijah would have sought out a holy rabbi or a person in the forefront of the Jewish community or the one who gave the most tzedakah? In the end Elijah chose a man who was dressed as a non-Jew and his job was to save young Jewish girls from being violated when taken into captivity and then to notify the rabbis to pray and take action to affect their release.

The Talmud continues that Elija chose two other people. When Rabbi Broka asked what they did to deserve such a lofty reward, he responded that they made people laugh. No extra shuckling during their davening, no long recitation of the Shemoneh Esrei, not even learning Torah for long hours into the night – just making people happy; this is what earned them a share in the world to come.

I remember years ago after I had undergone surgery, I soon realized that surgery is much less challenging than the recuperation after the surgery. Hours of pain and discomfort and sleepless nights make this time difficult and very agonizing

The best way to survive such an event in your life is to have the support staff in your room so that they can help you and comfort you. During recovery, even the most menial tasks become challenging and difficult.

I was lucky to have had present at my side my wonderful wife Dvora, who tended to my every need to make my stay at the hospital as bearable as possible.

But I also had the services of two non-Jewish nurses whose compassion and concern, their empathy and professionalism, allowed me to cope with difficulty and pain. At one point, the evening before the beginning of the onset of Shabbat, one of the nurses approached me and asked how I was feeling? When I responded that given the situation I was feeling fine, she responded that had I said that I wasn’t feeling well, she was prepared to stay the entire night to guarantee that I would receive the best of care.

It was then that the words of my friend Reb Shlomo reverberated in my ears. “You never know, you never know,” and I recalled the story quoted in Tractate Taanit and the statement by Elijah the Prophet about who is destined to receive a share in the world to come.

Had Elijah been standing near me at that time and I would have asked him this same question – is there anyone here worthy to receive a share in the world to come? – he would have pointed definitively at these nurses and would have proclaimed that they are praiseworthy of such rewards.

You see, only G-d judges people. And in G-d’s eyes, all people who do kindness – Jews or non Jews – are worthy of a share in the great reward of the world to come. 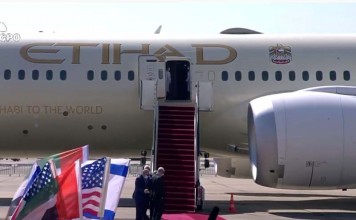 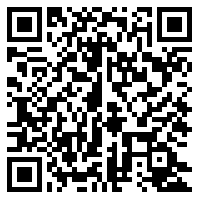