Lulav and Esrog: We take the lulav (to which 3 hadassim are bound on the right side and 2 aravos on the left side – see Mishna Berura, Orach Chayyim 651:1) in our right hand and the esrog (upside down, the pittam facing downside) in our left hand and recite the beracha: Al netilas lulav…in a manner oveir le’asiyasan, that is, before we have physically accomplished the taking of the lulav and esrog, we then return the esrog, to an upright position (with the pittam facing upward) and wave the lulav in six directions (see chart in this issue detailing the various minhagim as to the number and sequence of wavings).

We recite Hallel while holding the lulav and esrog, waving at Hodu and Ana Hashem (see chart). At the conclusion of Hallel some congregations (Nusach Sefarad and some Ashkenaz) say Hoshanos while circling the Bimah (on the second day it is Even Shesiya, as found in the Machzor). We put away the lulav and esrog and the chazzan recites Kaddish Tiskabbel.

We remove two Torah scrolls from the Ark. In the first we read from Parashas Emor (Vayikra 22:26-23:44) and call up five aliyos. In the second scroll the Maftir reads from Parashas Pinchas (Bamidbar 29:12-16). The Haftara is Va’yikahalu el HaMelech (I Kings 8:2-21).

After the Birkos HaHaftara, the chazzan chants Kah Keili, followed by Ashrei and Yehallelu, and we return the Torah scrolls to the Ark. The chazzan recites half-Kaddish.

Sukkah: The text for the daytime Kiddush is: “Eleh Mo’adei,” “Va’yedabber Moshe,” followed by the blessings of Borei pri hagafen (on wine) and Leishev basukkah.

As today is erev Shabbos and we have made our eruv tavshilin prior to Yom Tov, we make all necessary preparations for Shabbos on Yom Tov, prior to Shabbos. We must take care not to light Shabbos candles (from an existing flame) later than the times listed for each locality – as opposed to Yom Tov (at 6:36 p.m. E.D.T., N.Y.C.). Negligence in this regard can lead to an Issur de’Oraitha – a Biblical violation.

Sukkah: We recite the Ushpizin (our Patriarch Yaakov leads the honored guests on the 3rd night). Kiddush of Shabbos, concluding with the blessing of Leishev basukkah.

Shabbos morning: Shacharis for Shabbos with inclusion of Ya’aleh VeYavo, whole Hallel – we do not take the lulav and esrog as it is Shabbos. At the conclusion of Hallel some congregations (Nusach Sefarad and some Ashkenaz) say Hoshanos – Om Netzora (we do not circle the Bimah as it is Shabbos) – Kaddish Tiskabbel. We read Koheles, preferably from a klaf , a scroll – but we do not make a beracha over this reading – followed by Mourner’s Kaddish. We remove two Sifrei Torah from the Ark. In the first scroll we call seven Aliyos and we read in Parashas Ki Tissa (Shemos 33:12-34:26) from “Re’eh ata omer” until “Lo sevashel ge’di bachalev immo. For Maftir we read Numbers 29:17-22, from “U’vayom Hasheni” until “Ve’nikah.” We read the Haftara, Ve’haya bayom hahu (Ezekiel 38:18-39:16). 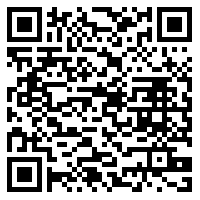