Powerful U.S. ally Saudi Arabia has been a driving force behind the scenes, pushing for the U.S. to act militarily in Syria.


The Saudis already have been secretly helping fuel the insurgency to topple Syrian President Bashar al-Assad for the two years that the uprising has been going on. And it was reportedly the Saudi security services that alerted the U.S. to the first claim last February of a sarin gas attack by Assad’s regime.

This column first reported in October 2012 that Saudi Arabia was working with Qatar and Turkey to send weapons to the Syrian rebels. Further, this journalist broke the story at the time that murdered U.S. ambassador Christopher Stevens served as a key contact with the Saudis to coordinate the recruitment by Saudi Arabia of Islamic fighters from North Africa and Libya. The jihadists were sent to Syria via Turkey to attack Assad’s forces, according to informed Middle Eastern security officials.

In a hearing last week, Secretary of State John Kerry said Arab countries have offered to pay for any U.S. military intervention in Syria. Now the Wall Street Journal has detailed a massive Saudi lobbying effort to push the U.S. to act in Syria. The Journal fingered Saudi Arabia’s ambassador to Washington, Adel al-Jubeir, as leading a campaign to convince Congress and the White House to expand the U.S. role in Syria.

The newspaper reported that an original Saudi goal was to secure U.S. support to train the Syrian rebels at camps in Jordan. The Saudis were apparently successful.

KleinOnline was first to report in February 2012 that the U.S., Turkey, and Jordan were running a training base for the Syrian rebels in the Jordanian town of Safawi in the country’s northern desert region, according to knowledgeable Egyptian and Arab security officials.

In May, The New York Times confirmed that the CIA was training the rebels in Jordan under a covert program that also included a U.S. effort to send weapons to the rebels via Arab and Turkish points. Now the Journal is reporting that the Saudis pushed for the Jordanian training camps and sent AK-47s and ammunition, according to Arab officials.

According to the Journal, in April “the Saudi king sent a strongly worded message to Mr. Obama: America’s credibility was on the line if it let Mr. Assad and Iran prevail.” The king “warned of dire consequences of abdicating U.S. leadership and creating a vacuum, said U.S. officials briefed on the message.”

The Obama administration allowed Islamic groups and activists tied to the Muslim Brotherhood into government agencies where they are now influencing U.S. anti-terrorism policies and endangering the nation, charges this reporter’s newly released book.

Impeachable Offenses: The Case to Remove Barack Obama from Office documents that Obama not only aided the rise to power of Islamic extremist groups in the Middle East but ushered likeminded extremists into the gates of the White House, with Muslim Brotherhood groups serving on important national security advisory boards.

The book further raises questions about whether the Obama administration exposed national security information to U.S. enemies through Huma Abedin, Hillary Clinton’s deputy chief of staff, who has deep personal and family associations with Islamic extremists and even terrorist organizations.

The book warns that while there are various Muslim Brotherhood factions and political branches, each share the goal of establishing a comprehensive Muslim world order by means of a long-term, multiple-stage process, with the end game, the book alleges, being a planet run according to Islamic law.

The White House, however, has not distanced itself from such groups. Speaking in February 2010 with Muslim law students at New York University, current CIA director John Brennan announced that the Obama administration was working to calibrate anti-terror policies that ensure that Americans are “never” profiled. While Brennan’s remarks drew scrutiny in the blogosphere and in some conservative media outlets, perhaps the biggest story remains untold – his controversial speech was arranged by a Muslim Brotherhood-tied group that has deep ties not only with other Brotherhood fronts but to the White House and national security agencies.

Brennan’s NYU session was organized by the Islamic Society of North America, or ISNA. ISNA was founded in 1981 by the Saudi-funded Muslim Students Association, which itself was founded by the Muslim Brotherhood. The two groups are still partners. 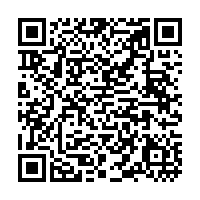