Maariv: The text as found in the Machzor, Birkas Kerias Shema (concluding Hashkivenu with U’feros … Ve’al Yerushalayim). We add Tik’u bachodesh shofar bakeseh le’yom chagenu. At the conclusion of the Shemoneh Esreh the chazzan recites Kaddish Tiskabbel (Nusach Sefarad say LeDavid Mizmor). Where such is the custom, Kiddush is recited by the chazzan (Rosh Hashana text as in the Machzor), Aleinu, and LeDavid Hashem Ori and respective Kaddish recitals for mourners. Kiddush at home is the same as in the synagogue and, as mentioned previously, we place a new fruit on the table for the blessing of Shehecheyanu (if one dons a new garment, it is just as well), which is recited regardless of the availability of these new items.

Tuesday morning: Shacharis is generally the same as the day before, with certain variant texts for Piyyutim and Yotzros as found in our Machzor. Avinu Malkenu at the conclusion of the repetition of the Shemoneh Esreh. There are various customs: most Sefarad congregations and some Ashkenaz say the Shir Shel Yom and LeDavid at this point, followed by the respective mourner’s Kaddish recitals.


We call up five people to the Torah and we read in Parashas Vayera (Bereishis 22:1-24), following which the Ba’al Keriah recites half Kaddish. For Maftir we read in Parashas Pinchas like yesterday (Bamidbar 29:1-6). The Maftir reads the Haftara, Matza chen bamidbar (Jeremiah 31:1-19). In the blessing for the Haftara, as we did yesterday, we add Yom Hazikaron Hazeh, and conclude with Mekaddesh Yisrael VeYom Hazikaron.

Wednesday is Tzom Gedalia – a public fast (starting at 5:28 a.m. N.Y.C. E.D.T.) instituted by our sages due to the assassination of Gedalia ben Achikam, the Judean governor of Eretz Yisrael appointed by the Babylonians, and its significance for our subsequent dispersal in the diaspora.

We rise early for Selichos as on all the Days of Awe. At Shacharis we add all the textual changes as found in our Siddurim and add Anenu in the Reader’s repetition. We conclude the repetition with Avinu Malkenu, Tachanun and half Kaddish.

We remove a Torah scroll from the Ark and call three Aliyos. We read from Parashas Ki Tissa (Shemos 32:11-14, 34:1-10), Va’yechal Moshe, the standard Torah reading for all public fast days, and we conclude as usual.

Mincha: we all recite Ashrei, the chazzan says half Kaddish – we take a Sefer Torah from the Ark and call three Aliyos and again read, as in the morning, from Parashas Ki Tissa, Va’yechal Moshe – the third Aliyah also serves as the Maftir who reads from Isaiah 55:6-56:8, Dirshu Hashem, the usual Haftara for fast days. We conclude with the blessings of the Haftara. We return the Torah to the Ark and all say the silent Shemoneh Esreh with all textual inclusions, and Anenu in Shema Kolenu.

In Reader’s repetition, Anenu is said between Go’el Yisrael and Rophe Cholei Amo Yisrael. We conclude as usual. 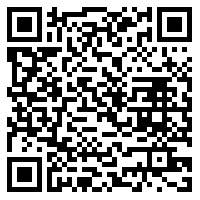