“And Jacob called the name of the place Peniel, [saying] ‘for I have seen God face to face, and my life was saved.’ And as he passed over Penuel, the sun rose over him, and he was limping on his thigh. Therefore, the people of Israel shall not eat the displaced sinew, which is in the hollow of the thigh, unto this day” (Genesis 32:31-33)


This has been a difficult week here in Gush Etzion, as we’ve been mourning three holy Jews (my friend and neighbor Rabbi Yaakov Don, American yeshiva student Ezra Schwartz, and Israeli seminary student Hadar Buchris, may God avenge their deaths) who were murdered in recent days at the Gush Etzion junction, just down the road from my home.

Of course, violence, terrorism and senseless murder are nothing new. We Jews have experienced this many times before – in recent weeks and months here in Gush Etzion and every other part of Israel, and before that for the past hundred years or so since the local Arabs adopted terrorism as their primary weapon against us, and before that all over the world throughout centuries of exile. But still, human nature is such that when it hits close to home and affects people you know or have some personal connection to, it feels different. So it’s been a pretty depressing week here in the Gush.

We are facing bitter adversaries who see great glory in the act of randomly and mercilessly cutting down the lives of good people whom they have never met. We are infuriated at these enemies, horrified by the depth of their evil, and frustrated that our security forces have not yet found the tools to effectively prevent this newest pattern of atrocities. And, as always happens when tragedy strikes good people, the religious questions about why God allows these things to happen – questions we usually live with because we understand that humans can never have an answer – bubble up to the surface and dominate our thinking. At times, even for a diehard optimist like myself, it becomes hard to know how to keep on going.

Perhaps an insight can be found in today’s Torah portion (Vayishlach).

This morning, we read about the strange prohibition on eating the gid hanasheh (literally “displaced sinew”, interpreted in Jewish law as referring to an animal’s sciatic nerve). As the above-quoted verses tell us, this commandment recalls the strange encounter between our forefather Jacob and the mysterious “man” who wrestled with him all night long. Our sages identify Jacob’s opponent as an angelic figure, and Rashi tells us that it was the spiritual representative of his earthly brother and opponent, Esau. Regarding the commandment itself, the medieval Sefer HaChinuch says that it is meant to serve as an encouraging reminder: by refraining from consuming the gid hanasheh, we are to remember that even though we may suffer much throughout history at the hands of our enemies, we will always survive and ultimately prevail, just as our ancestor Jacob did when confronted by his enemy.

This explanation always seemed strange to me. If the mitzva is meant to encourage, then why choose something which reminds us that Jacob’s enemy managed to wound him, rather than a symbol of his eventual triumph? And also, how is a prohibition meant to help us remember something? If the gid hanasheh somehow reminds us of Jacob’s victory, then perhaps the mitzva should not be to abstain from it, but rather to specifically eat it as a reminder, just as we do with matza on Passover. 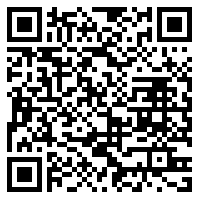