Europe is in chaos due to the raw fact of millions of Arabs pouring onto the continent, heading for Germany and Sweden.

The United States is also very familiar with large waves of immigrants pouring into the country at an alarming rate for a great many citizens… and a great many nativists.


With the waves of mid-late nineteenth-century immigration into the United States from Eastern and Southern Europe the notion of a “melting pot” emerged.

The United States would welcome the strange-sounding, strange-looking, allegedly criminal, foreigners washing onto our shores – even Jews – if they assimilated.  Some American manufacturers hiring these immigrants went so far as to offer their employees free instruction on how to be American.

{Quite often baseball was involved.}

After World War II, and after the transition from economic liberalism in the United States to what is sometimes call “rights liberalism” – women’s rights, gay rights, ethnic rights, and so forth – the ”melting pot” notion gave way to the ”salad bowl” notion.  No longer were ethnic minorities expected to dissolve themselves into American culture as developed by the Anglo settlers of the seventeenth-century.  By the middle of the 1960s, and the rise of the Civil Rights Movement and the New Left, a multicultural ideal developed and Americans began to recognize the value of distinctions between cultures.

The fundamental idea, of course, was that the various ethnicities should not melt into a sort-of homogeneous, Wonder Bread, Leave It To Beaver  culture, but would remain distinct while integrated into the whole.

The enormous current wave of Arabs into Europe fits neither model, which is hardly surprising since these are not Europeans and they are not migrating into America.  It is, rather, what I call the ”TV Dinner” model of national ethnic non-integration.  If we have learned nothing else over the course of recent decades it is that large segments of the Arab immigrants into Europe have no intention whatsoever of integrating.  Many will insist upon maintaining traditional, and separate, societies within the host countries.

The difference between the American immigrant experience and the European immigrant experience is that in the United States there is a blending of cultures, while distinctions are still maintained.  Individuals may fully integrate but cultural presences in the form of cuisine, culture, and politics remain as part of a larger interconnected cultural landscape.  Arabs in Europe, on the other hand, are quite often finding it difficult to reconcile the old country with the new and this is causing major problems throughout Europe and it is likely that in the coming years the growing Arab immigrant population is going to exacerbate those problems..  They are not living side-by-side, but together, with their neighbors in Europe.  Many are living side-by-side, but separate, from their neighbors.  They do so while maintaining an often violent malice toward European morality and culture alongside an irrational, Koranically-based hatred toward the Jewish people.

David Crouch, writing in the Guardian tells us:

Sweden needs “respite” from the tens of thousands of refugees knocking at its door, the government has said, announcing tough measures to deter asylum seekers in a sharp reversal of its open-door policy towards people fleeing war and persecution.

The country’s generous asylum regime would revert to the “EU minimum”, Sweden’s prime minister, Stefan Löfven, said on Tuesday, revealing that most refugees would receive only temporary residence permits from April.

Identity checks would be imposed on all modes of transport, and the right to bring families to Sweden would be severely restricted, he said.

Sweden is awakening to the fact that it made an exceedingly dangerous foreign policy mistake vis-à-vis Arab immigrants.

The EU flung open the doors of Europe and both Germany and Sweden went entirely supine… for awhile.  The European response was motivated largely by compassion.  There is no doubt, however, that when the historians dig into this vital moment they will uncover who benefited financially and who benefited politically.  Nonetheless, it is only the crassest of cynics who would refuse to acknowledge the humanitarianism behind the willingness to take in so many Arab immigrants.  Yet, the recent influx of millions of Arab and African Muslims into Europe is going to have long lasting effects on the nature of European culture and society.

Saying so should not be controversial, but acknowledged as obvious.

Europe, North America, and Australia are open and diverse societies.  We welcome immigrants.  We enjoy diversity.  The problem in Europe, however, is that the immigrant population is interested in neither the “melting pot” notion, nor the “salad bowl” notion, but the “TV dinner” notion. They are not only fleeing the war-torn Arab-Muslim Middle East, but they are bringing the war-torn Arab-Muslim Middle East with them and, if recent European history is any guide, a very large segment of these immigrants will refuse to integrate or even really associate themselves with the larger society.

They will maintain their separate neighborhoods and separate cultures and many of the green beans will refuse to fraternize with the salisbury steak.

And some, unfortunately, will seek to murder the mashed potatoes. 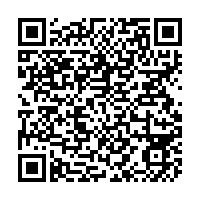