The great Shlomo HaMelech wrote that there is a time for all things – a time to be born and a time to die, a time to cry and a time to laugh, a time to preserve and a time to throw away. Everything in this world has its place – even seemingly foolish things. Here is a story that illustrates this lesson.


In the city of Bethlehem there once lived a very wealthy man by the name of Eliphelet. He had amassed a great fortune through his wisdom and business knowledge. He was also blessed with an only son whom he loved very much. The lad, whose name was Yigal, was a good son who loved G‑d devotedly and who spent his days in the study of Torah. He was devoted to his parents, respecting them in every way and was generous and kind to all who were in need.

One day, Yigal approached his father and said: “It is time that I began to learn something about your business. Allow me, please, to go with you on your next trip across the seas. There I can see the wondrous lands where you buy and sell, and I, too, can learn to be great merchant.”

“What you say is right, Yigal,” replied his father. “It is indeed time that you began to learn. On my next trip you shall come with me.”

Yigal could barely contain his excitement and impatience as he waited for the great day to arrive. Finally Yigal and Eliphelet went to the dock to board a ship that would take them across the seas to wonderful and strange lands.

Yigal stood on deck, his eyes shining with excitement as he looked out at the gently rolling waves and dreamed of the adventures that awaited him. His father, however, had his mind on other, more serious things.

He had noticed the captain and the crew eyeing him and Yigal strangely and a premonition of foreboding crept over him. Stealing away as evening fell, he crept into the hold of the ship and silently listened as two crewmen spoke to each other: “The captain insists that the older Jew is a man of great wealth. He says that his pockets are lined with money and that he would be an easy prey.”

“What does he plan to do?” asked the other.

“Tomorrow afternoon we will pounce upon the two Jews and kill them. We will then divide their money and no one will ever be the wiser for their bodies will never be found.”

When Eliphelet heard this, he trembled and prayed to G‑d saying: “Father in Heaven, be with me in my time of terrible danger.”

Leaving his hiding place he then sought out his son, Yigal, who was calmly resting and learning. Coming close, Eliphelet saw that his son was learning Koheles and was reading the verse that says: “There is a time to preserve and a time to throw away.”

Suddenly a thought entered his mind. Of course, that was the way. It could yet save their lives.

Approaching his son, Eliphelet whispered: “Listen, my son, we are in great danger.”

“What do you mean, father? What has happened?” Yigal asked anxiously.

“I have just learned that the captain and sailors intend to kill us and take our money.”

“We must pretend that we are quarreling over the money. I will then begin to grapple with you, seize the bag of gold that we have and throw it in the sea. Perhaps then the captain will see that we are poor and that it is pointless for him to kill us.”

“Very well,” replied Yigal. “We have little choice but to follow your plan. May the Al-mighty be with us in this time of our great danger.”

As morning came, Eliphelet and Yigal put their plan into action. They began to shout and quarrel violently and the captain and sailors hurried to the deck to see what the commotion was about. When Eliphelet saw that the entire crew had assembled to watch he called out:

“Very well, if that is how you want it, the money will belong to neither you nor to me. It shall belong to no one!”

He seized the bag of gold and, as the startled crew looked on, he flung it overboard into the sea. As the chagrined captain beheld this he hastily called together his crew for a meeting.

“The mad Jew has thrown away the gold. There is no longer any reason for us to kill him.”

Within a few days, the ship landed at one of its usual stops. Eliphelet hurried away and rushed to court. There he told the judges all that had transpired. Police were hurriedly sent to the dock and all the crewmen were rushed to the courtroom.

After a brief investigation, the judges reached a decision. Calling upon the captain to stand before them, one said:

“It is obvious that you planned to kill this man and his son. Had he not cleverly outwitted you, you would have the blood of two people on your conscience. In reality you are deserving of death for your foul plan but we will give you one chance to save your worthless neck.

“If you repay this Jew the amount of gold that he was forced to throw away, we will allow you to live. If not, you will hang by your heels from the highest tree.”

The terrified captain was only too glad to comply with the judges’ demands and he quickly paid Eliphelet every penny he had lost. 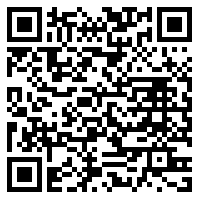