“Know clearly what to answer the scoffer,” this axiom from Pirkei Avot is important for every Jew to bear in mind. Certainly, the Jewish leader, even more than the layman, must have his answers and explanations ready at all times. One of the most famous of all Jewish leaders who was constantly being called upon to explain a point, both to friendly and unfriendly critics, was Rabban Gamliel.

As head of the Sanhedrin, people expected him to have ready explanations and the Talmud records many such questions and debates that the great sage had with different doubters and pagans.

Why Not The Idols?

One time a pagan philosopher engaged Rabban Gamliel in a discussion concerning religion. The philosopher asked: “Tell me. In the Bible it states that the Lord is a consuming fire who revenges him upon those who worship idols.

“Why does your G-d grow angry at the idolaters? Is it not more logical for Him to pour out His wrath upon the idols themselves? Certainly if there were no idols in existence, the people would have nothing to worship beside Him?”

Rabban Gamliel answered: “You ask a very intelligent question and I will attempt to answer it by means of a parable.

“Once there lived a king who had a very dear son. They boy had a dog whom he loved very much. He raised it from a puppy, fed it from the food that he ate, gave it to drink from his water and slept with it in his bed. Soon he also began to call the dog by his father’s name, saying: ‘I swear by the name of my dog whose name is the same as my father that I shall do this and this…’

“The father was quite angry when he heard and determined to put a stop to it.

“Now I ask you, my friend,” concluded Rabban Gamliel, “at whom should the king have been angry? Should he have been angry at the poor, dumb animal who was called a king or at his son who gave him the name?”

The philosopher answered: “Let us assume you are correct and the idols are powerless and helpless things. Still, would it not be better to have them erased so that they cease being an obstacle to people?”

Rabban Gamliel shook his head and replied: “No. Were the Almighty to do as you say, He would then have to destroy the sun and the moon and the stars; He would have to wipe out the mountains and the animals and the trees, for these too are considered to be gods by many people.

“The fact is that people create idols out of many things and it is literally impossible to destroy them without destroying the whole world. The world will continue as it is; man has free will to worship or not to worship foolishness and the fools will pay for their sins in the World to Come.”

The Creation Of Woman

One day a scoffer engaged Rabban Gamliel and a group of intellectuals and noblemen. He began to choose parts of the Torah and question them.

“Tell me,” he began, “in the Torah it says that He took Adam and cast a deep sleep upon him and while he slept, He removed Adam’s rib and created from it the first woman.

“What I would like to know is why your G-d felt it necessary to cast a deep sleep on Adam. Why did He not perform this operation while he was awake?”

Rabban Gamliel began to answer, when a noblewoman who was sitting nearby suddenly interrupted him.

“Allow me, Rabi, to answer this man if you will.”

She ordered her servant to bring her some raw meat and proceeded to go through the entire cooking process right before the eyes of the entire assemblage.

When she had finished the process, she took the meat and the ashes that still covered it and put it before the scoffer, saying:

“I have prepared for you a wonderful repast. Please eat.”

The scoffer made a face and said: “Forgive me, madam, but I must respectfully decline.”

“Why, sir,” asked the royal lady, “is not the meat of the highest quality and does it not smell divine?”

“Indeed it is as you say, madam,” said the scoffer, “but to be quite blunt, the process of cooking it together with the ashes has repelled me.”

“Why, that is no problem,” said the noblewoman, “I will simply clean the ashes from the meat and you then can eat to your heart’s content.”

“Even so,” persisted the scoffer, “I still have no stomach for it. You see, having seen the cooking process was too much for me.”

“Indeed, sir,” laughed the clever woman. “Is it not your very tongue that has now answered your own question?

“Consider how wise is the Almighty. If He had allowed Adam to see the process of His making of Eve, Adam would surely have been so repelled that he would have not wanted Eve even though she looked beautiful afterwards.

“Great indeed are the ways of the God of the Jews!” 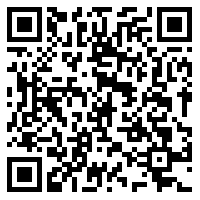