Rav Nasan Adler, the teacher and guide of the great Chasam Sofer, was recognized as one of the great scholars of his time. In addition, he was beloved and respected by all for his immense kindness and good deeds. Blessed with a saintly wife who willingly took care of their store, Rav Nasan was able to sit and study the holy Torah all day.

Once, as he was sitting by the window, he happened to observe, to his dismay, a poor man stealthily passing through the yard to the woodhouse, where he began to steal some of the firewood stored there.

When Rav Nasan saw this he jumped to his feet and began shouting: “Hefker, hefker! I surrender title to all my possessions!”

And as he shouted this, he began running toward the startled thief, who stood petrified and uncomprehending.

Seizing the thief, Rav Nasan exclaimed, “Thank G-d, I was sitting by the window when you came in and I was able to save you from sin. Had I not been there you would, G-d forbid, have transgressed a commandment of the Torah that forbids stealing. Fortunately, I was there and was able to surrender title to my property before you took it.

“Now, all that is here is free for all to take. Please, help yourself to all the wood you want and I will help you and thus carry out the mitzvah to aid a fellow Jew who is struggling with a load.”

Rav Nasan was always anxious to be the sandek at a bris and would do all in his power to be able to acquire this great mitzvah and honor.

Naturally, people were more than eager to accommodate him. Who did not want the great privilege of having Rav Nasan as the sandek for his son?

One cold, winter night a knock was heard on the door of Rav Nasan’s home in Frankfurt.

Opening it, Rav Nasan saw a man, obviously a resident of the countryside.

“Rabi, I live in a small village nearby and my wife has given birth to a son. The bris is to be held tomorrow morning, please G-d, and we would like you to honor us by being the sandek.”

“I will gladly do this and I thank you for the opportunity and privilege.”

“It is our honor,” replied the man. “There is one other thing, however. As you know, it is the custom for the family and friends to stay up the night before the bris and participate in a leil shmurim, a night of watchfulness. Would you come with me now and participate with us?”

“Gladly, gladly. Let me take my coat and I will leave immediately.”

The night was bitter cold and the wind howled in all its fury. The snow came down in white sheets covering all the riders in the wagon with a heavy blanket.

Finally, they arrived in the village. The father of the child left the horse and wagon in the care of the driver and rushed into the house with Rav Nasan.

Inside, all was warm and dry. The fire cracked and food was piled high on the tables. A large group of family and friends were already gathered about and they rose respectfully as Rav Nasan entered.

The rav sat at the table to warm his frozen body. He took some tea and cake and discussed Torah with the assembled for a few minutes. Then, excusing himself, he rose and left the house.

The guests thought he would return in a short while, but after half an hour had passed and he was still gone, they began to worry.

“What has happened to the rav?”

Fearing that some accident might have befallen him, they rushed out to look for him. The storm had grown much worse and the streets were black in the inky night. They looked in every doorway and every alley. No Rav Nasan.

The people were frantic with worry, but as they passed the barn they heard footsteps.

“Who is there?” they called out.

“It is I, Nasan of Frankfurt,” came the reply.

Relieved but amazed, the people ran into the cold, uncomfortable barn to see Rav Nasan standing and watching the horses.

“What happened? What are you doing here? Where is the driver?”

“I will explain. As I sat down to drink the tea and eat some cake, I was suddenly reminded of the poor driver who had to stay in the barn, freezing and without food.

“I, therefore, went back and told him to go to the kitchen to warm up a bit and get something to eat while I watched the horses. He has not come back so far.”

Going to the kitchen, they found the wagon driver fast asleep on the stove.

“Don’t wake him,” said Rav Nasan. “He is tired from the long and difficult trip.”

And the great gaon refused to return to the warm dining room until they promised to have people take turns watching the horses.

Yet, another time, when Rav Nasan traveled to a small village to be sandek, his wagon kept bogged down in the mud and the poor driver had to get out from time to time and push and pull the horses and wagon.

Finally, they reached a paved highway and were able to proceed smoothly. But Rav Nasan noticed that the driver had taken off his soaked boots and was sitting barefoot, chilled and shivering.

He immediately took off his own boots and handed them to the driver, telling him to put them on.

“I cannot do that,” said the driver.

“Don’t be foolish,” replied Rav Nasan “For more than a mile you walked in the cold mud and water while I sat comfortably here. Now it is my turn to participate and make sure that you do not catch a cold. After all, we must get to the bris on time.”

And so they arrived in town with the great Rav Nasan sitting with bare feet. 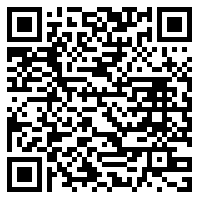