Rav Chaim Halberstam would study Torah the entire night, so there was always a candle burning in his house. Once, on a cold winter night, while a storm was raging, Rav Chaim heard a knock on his door. He opened it and an elderly man, covered from head to toe with snow and nearly frozen stiff, managed to walk in.

Rav Chaim gave him wine to drink and sat him near the fire to thaw out. He then gave him a meal and prepared a bed for him to sleep in.

“Thank you,” said the man. “I don’t think I could have lasted another hour outside. Yours was the only house in town that had a light. I am a peddler, traveling from town to town. I came here more dead than alive and now, thanks to you, I am living.”

“No need to thank me,” replied Rav Chaim. “I did it to make sure that I have my Olam Haba, my World-to-Come.”

“Will I have a part in the future world?” asked the poor man. “I have had very little enjoyment from this world. I work and struggle day and night, wandering continuously and having little rest for my tired body. Do you think I will deserve the Next World?

Rav Chaim sighed and said, “If in this world where you struggle and work so hard you seem to enjoy so little, what can you expect in the next world for which you haven’t worked or made any effort to attain?” 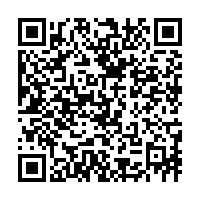