Man is seldom satisfied with his life. Even when he has done great things, amassed vast amounts of wealth and achieved great fame, he still yearns for more and his soul is not fulfilled. “No man dies with even half of his ambition fulfil­led,” say Chazal.

Thus was it with the conqueror, Alex­ander the Great. Here was a man who top­pled empires, before whose armies people trembled, who set his stamp on lands as far away as India. Still he was not satisfied. He yearned to do something that no man had ever done. He yearned to fly high above the heavens.

Alexander And His Flight

Despite all the mighty deeds that he had done, Alexander was still not satisfied.

“Unless I do a thing that was not ac­complished by all the kings who have preceded me, men will never remember me for real greatness.

“They will only say that once there was a king named Alexander who went and made war and conquered many na­tions and gathered a vast amount of booty and set his heel on the heads of people.

“This is all good, but there must still be something that I do that has never been done by any other man from the days that G-d made the world till the present.”

And so, Alexander ordered that his men capture the most gigantic eagles they could find. Once they had gathered several enormous birds, he chose the greatest among them.

“Starve the bird for two days,” he ordered his men.

At the end of the time, Alexander took a large piece of meat and stuck it on his spear. He then climbed on the back of the hungry eagle and he raised his spear high in front of the eagle’s beak.

The Earth So Small

Higher yet, the eagle climbed, until Alexander was surrounded by swirling clouds. Looking down to the earth far below, he saw that the towns, forests and rivers appeared as dots and ribbons. He looked to where his great army was camped and he could see nothing but little dots. Alexander’s heart thereupon grew light and his head swelled:

“Who is like me and who can compare unto me? I sit here alone looking at the lit­tle ants below me.”

Suddenly, however, a second thought entered the Greek emperor’s mind.

“If my great army, with all its hordes of men, appear to me to be so small, what do I appear like to my army below? Probably, I have disappeared from view and am like nothing in their eyes!”

The thought was a bitter one and destroyed the great happiness that he had felt just a moment before.

Turning the spear with the meat downward he looked at the earth as his eagle turned to descend. The land rushed forward to meet him and he could now see the people becoming larger and larger in his eyes.

“I, too, am becoming larger in their eyes,” he thought.

When he had descended from the back of the eagle he gave orders that a statue of himself be made and in his hand a round ball –symbolizing the earth – be placed. “This shall be so the people will remember me,” he said.

Can The Dead Wake

One of the great differences between the rabbis and the Tzedukim was over the question of whether the dead will someday be resurrected. Our rabbis, of course, maintained that this was a cardinal prin­ciple of the Torah, that the A-Mighty would some day awaken the dead, while the Tzedukim denied this great article of faith.

One day, one of the leaders of the Tzedukim approached Gevihah, the son of Pesisah:

“Shall the dead really rise? How is it possible? If people who once had the breath of life in their nostrils eventually die and become still and cold, how shall those who are dead ever hope to live?”

Gevihah then asked the man: 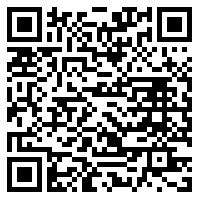