The farmers of Minsk suffered a bad year. Drought and pestilence took their toll and now that the Yomim Tovim were approaching, many families didn’t have enough money to purchase food. Appeals for help were made in various towns, and people responded.

In the town of Medzibeh, the surprising sum of 100 gold pieces was raised. The townspeople chose Hershel Ostropolier to deliver the money, for the highways and hotels were infested with thieves who would waylay anyone carrying far less than that amount. Hershel Ostropolier was known for his quick and agile mind, and he could be trusted to outwit any thief.


After traveling all day, Hershel had to stop at a small hotel on erev Shabbos. Inquiring around, Hershel found that there were very few people who could be trusted, including the hotelkeeper.

“Now, where can I keep the money over Shabbos?” wondered Hershel. “I cannot keep it in my room, for this innkeeper would be sure to take it, especially when he has such an unsavory reputation. I will therefore abide by the dictum of the Talmud that advises us that the best hiding place for money is in the earth (Pesachim 31b, Bava Metzia 42a).

Hides The Bag Of Money

With this thought in mind, Hershel went out behind the hotel. He looked cautiously about him and then, convinced that there was no one around, dug a hole and concealed the money in it. However, he did not know that the hotelkeeper was watching his every move through the window.

No sooner had Hershel left than the hotelkeeper came out of the house and dug up the money. Saturday night, after Maariv, Hershel went out to his hiding place and, lo and behold, he saw that the money was missing.

“It must be the hotelkeeper, for he was the only one who saw me come in laden with bags, and he must have surmised that some of them contained money,” thought Hershel.

Approaching the hotelkeeper Hershel said, “I have heard it said that you are a wise man who can give good advice. I was passing through here to the big city of Warsaw and was carrying two bags of gold. One was filled with 100 pieces and the other 200 pieces. Since I am a stranger here and don’t know a soul, I decided to conceal the bag with 100 gold pieces in a hole in the ground. I still carry around with me the bag with the 200 gold pieces, but I find it a great burden. Please, advise me what to do. Shall I keep it with me, shall I bury it in the same hole with the other gold, or shall I ask a person to hold it for me? Perhaps you know of an honest man in town to whose care I could entrust it?”

The hotel keeper didn’t hesitate a moment as he replied with cunning, “Take my advice, don’t entrust your money to anyone because it is possible that he might even deny that you ever gave it to him. Also, I counsel you not to look for a new hiding place, but to bury your gold in the same hole with the other bag.”

Returns To The Hiding Place

The thief thought to himself, “It is clear that this poor fool doesn’t yet know that the bag of gold is missing. Therefore, the best way to get his second bag is to return the first bag to its place, because if I don’t do that he will be afraid to bury his second bag there. In that way I’ll get both bags.”

Hershel was fully aware that the hotelkeeper would follow such a course. Therefore, he said to him, “Thank you for your good advice. I will do as you bid me and will bury the gold as soon as I change out of my Shabbos clothes.”

No sooner had Hershel left him to go to his room than the hotel keeper went in great haste to put the first bag of gold back in its place. Hershel waited a while to make sure that the hotelkeeper had enough time, and when he casually strolled outside to the place where he had hidden the moneybag he quickly dug up his money and joyfully departed from the hotel.

Once, two people came before Reb Meir Margolis (author of Meir Nesivim) with a complaint. Each man held an end of the same five-ruble note and were shouting that it belonged to him.

“It is mine!” shouted the first person. “I saw it first.”

“It’s a lie!” shouted the second person. “I picked it up first!”

Quieting them, Reb Meir, “Have either of you any proof of your claims?”

Both shook their heads and remained silent.

It was indeed a very difficult case to decide. But Reb Meir, known to have one of the sharpest minds in the country, turned to them and said, “Excuse me for a moment while I show this note to my wife who is in the next room.”

He walked out of the room, making sure to leave the door ajar so that the two litigants could hear his voice.

“I certainly have a difficult problem here,” Reb Meir said to his wife in a loud voice.

“Each of these two men claims the five-ruble note, but neither can prove that it is rightfully his. The oddest thing about this is that they don’t know that one of the corners of the note is slightly torn off.”

A few minutes later Reb Meir returned to the litigants.

Suddenly, one of the men jumped up and in a joyful tone exclaimed, “Rebbe, I suddenly realized that I can prove the note is mine!”

“Excellent!” said Reb Meir. “What is your proof?”

“The note is torn in one of the corners,” he said in a jubilant tone.

“Torn in one of the corners!” Reb Meir exclaimed with pretended surprise. “Look, there is not a tear on this note. Clearly then it is not yours. It must belong to your friend.”

Reb Meir then handed it over to the other man, realizing that the first man was dishonest, and a dishonest person can never be believed. 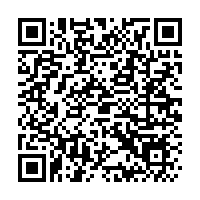