From the remarkable Beis Midrash of the town of Brodi came forth a dazzling number of Talmudic chachamim (scholars), among them Rav Chaim Tzanzer.

Rav Chaim (not to be confused with Reb Chaim Halberstam of Tsanz, author of the Divrei Chaim) had two occupations in life. One was the study of Torah and the other was the doing of good deeds and charity. As to the first, not only his days, but his nights, too, were devoted to Torah. His candle never went out and it was his custom to sit before a table which had on it two glasses of water. As he learned, one hand would be immersed in one of the glasses. If he ever began to doze off, the glass would overturn and the sound would awaken him. He would then wash both his hands in the other glass and resume his learning.

He would often ask: “Why is it that all the tractates of the Talmud begin with page two and not page one?”

He would answer: “Although a Jew sits day and night in the study of Torah, he should not become arrogant in his knowledge. He should always remember that in reality he has never even learned page one and must always start at the beginning.”

One evening, Rav Chaim was learning as the cold wind blew outside and the snow came down thick and heavy. It was a night when only the foolhardy would be out. He was startled to hear a loud pounding on his door and someone frantically calling: “Open, for the sake of heaven, please open the door!”

Rav Chaim ran swiftly to the door and opened it to find a half-frozen a man covered with snow and shivering from head to toe. He hurriedly sat him down by the blazing fire and got him some strong wine to warm his trembling body. Then, he brought him supper and prepared a bed for his guest.

“1,000 pardons for interrupting you from your studies,” the man said, “but the storm bear down on me and I saw no light burning in the entire town except for yours. I was nearly frozen to death and was forced to knock on your door. Now, you are doing too much for me, even preparing a bed.”

“There is no need to say anything,” interrupted Rav Chaim. “If it will make you feel better, you should know that I am not preparing the bed for you, but for myself – in the World to Come.”

The man asked Rav Chaim, “And what about me? Is there any hope for me in the World to Come? Behold, in this world I have no pleasure at all. I work like a horse, wandering from town to town and never knowing peace. Will I at least now it in the next world?”

Rav Chaim looked at him and sighed, “You ask a good question and you must consider it carefully. If in this world, when you put in so much time and effort, you still are unable to find enjoyment and peace, how can anyone who does not bother at all to prepare for the World To Come hope to find pleasure there?”

Help For One Who Fell

It was in the doing of good deeds and the collection of charity for those in need that Rav Chaim especially excelled. He would not only give liberally of his own money, he would also go to the homes of the wealthy to get money for the poor who were ever-present guests in his house. He was, of course, always careful to adhere to the admonition of the Talmud (Taba Bathra 8b) that two people and not one should collect charity. Thus, he was always accompanied by one of the heads of the community or the officials of the town.

One time, Rav Chaim found it necessary to go with one of the communal leaders to the home of a wealthy man in order to collect money for a respected town leader who had secretly fallen on difficult days. The man, whose whole life had been one of wealth, had suffered severe business reversals and only a great sum of money could restore him to financial health. Entering the house of the man to whom they had come for money, Rav Chaim and his companion were welcomed into the living room. Rav Chaim explained the purpose of his visit, and asked the man for 500 golden ducats.

“I cannot tell you his name,” replied Rav Chaim, “but please believe me that he is a distinguished and most honorable man.”

“Not for a moment do I doubt that, Rav Chaim,” replied the host, “but it’s just that I am thinking of the enormous effort that you will have to go through. You are only asking 500 gold ducats from me and I understand that you must raise even more than that. I would like to spare you some of the effort and am prepared to give you 1,000 ducats if only you will tell me who this unfortunate person is.”

Rav Chaim’s companion heard these words and thought that in order to get such a large sum, it might be better to reveal the name of the man. Still, Rav Chaim refused.

“The man for whom we are collecting was himself a man who gave charity with an open hand. Now that his fortune has taken a turn for the worse, I cannot under any circumstances reveal his name.”

The host appeared to grow even more stubborn and he said:

“It is quite obvious is among the most important and respected men of town. The least I can do, then, is to offer to give you half of his needs but I must, after all, know to whom I am giving such a large sum.”

Rav Chaim’s companion turned to him and said: “This is a generous offer we may never find elsewhere. Perhaps we should reveal the name on the condition that the money be given immediately and that it be solemnly sworn that the name will never be revealed outside this room.”

Rav Chaim would not be moved, however, and he said, quietly but firmly, “I appreciate your generous offer but the honor and dignity of the man we are talking about is worth far more than the sum of money he is in need of. Even were you to give the entire money at one time I would never shame the man by revealing his name.”

Rav Chaim’s words made a great impression on the host. He lowered his head and asked the rav to accompany him to the next room. When they were alone, the host burst into tears and in a choked voice said, “My rav and teacher, I must tell you something. I, too, have suffered terrible business losses recently and I am now penniless and in debt. I was afraid to tell anyone, however, for fear that if the word spread I would be forever mortified and shamed.

“When you came to my house today for another man who had suffered my fate, I wanted to see if you would reveal his name. It was not any evil thought on my part that moved me to insist on your telling me the name of the man. I was only testing you to see if I could trust you with my secret.

“I see that I can trust you and now, I too, turn to you and cry for help. I am today a pauper and if you do not find some way to help me, you will doom me to become a beggar who goes from door to door.”

Rav Chaim never revealed the conversation with this man. Soon after he had collected money for the first man he again went out and gathered funds for this one, too. Both eventually were able to stand on their feet again. 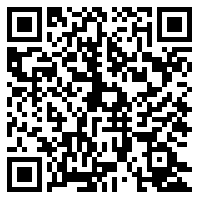