As we saw last week, Rav Avraham Abush, the rav of Frankfurt, was in possession of a totally sincere and fantastic modesty. He truly did not believe himself to be a great Torah scholar and could not understand why others considered him so.

He had been rav in several lesser-known communities, such as Vizhnitz, Yanov and Mezeritch, before being asked to serve as the spiritual leader of the great city of Frankfurt, which was a bastion of Torah in those days.

When he rose on his first Shabbos in Frankfurt to deliver his maiden speech, he stated, “In reality, I have three difficult questions. One concerns myself, the second concerns the leaders of this community, and the third, the Almighty Himself.

“I ask myself how I dared to accept the lofty position of rav in this community when I know that I am not worthy of it.

“I ask the leaders of the community how they could have made such a decision to choose me, and do they not realize how they lower themselves by so doing.

“I ask the Almighty, Who is the great matchmaker and Who brings together the proper parties, whether He could not have found among the great rabbanim of Israel a better match for the city of Frankfurt?”

And the humble and modest rav then answered his own questions by saying, “As for myself, I can only answer that the yetzer hara has persuaded me to take the position because of the honor.

“As for the leaders of the Frankfurt community, I can only say that – since they are only human – they made a mistake in choosing me because they thought that I was truly worthy of it.

“But the third question, the puzzling problem of how the Almighty Himself could find no better choice, the answer to this still eludes me. It remains a secret of Heaven that a person such as myself cannot fathom …” 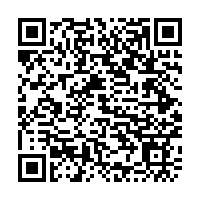