The city of Brody had not only a gaon in Torah but one in manners and behavior, treating everyone he met with kindness. Rav Ephraim Zalman Margolis was a very wealthy man who dressed immaculately and wore the finest clothes, although not ones that were too expensive. He fulfilled the edict of the Rambam (Hilchos De’os 5:9): “A talmid chacham should always wear clean clothes and a stain should never be found on them. He should not wear clothes that are too rich or fit for a king, such as clothes adorned with gold, for people would stare at him and many would envy him. Nor should he wear clothes that are too poor, unkempt or dirty for people would then scorn and poke fun at him.”

Rav Ephraim Zalman would therefore dress modestly – he would not purchase silk or satin clothes, which were very expensive, although he could well afford it. But there was one thing he did indulge in: an expensive silk hat.


One day while he was walking in the market he happened upon a rich baron. The baron, seeing the hat, asked, “Why do you Jews spend so much money on hats and neglect your other clothes? We gentiles are the opposite; we indulge in expensive clothes and disregard our hat. As a matter of fact, we usually walk bareheaded.”

The gaon answered him with a smile. “That is the difference between a Jew and a gentile. You non-Jews think only of your body and nothing of your head, while we Jews think only of our head – of knowledge, education, etc., therefore we protect it better than the other parts of our body.”

Rav Ephraim Zalman gave a lot of charity. Day and night the poor would visit his home and no one was ever refused help. Wherever possible he attempted to set up the poor person in business or help in getting him a job.

One day a healthy and strong young man came up to the gaon for money. The gaon was surprised to see that the young man had to beg.

“Have you a trade?” asked the gaon.

“No,” answered the young man.

“Do you know how to write?” asked the gaon, thinking that perhaps he could use him for his personal needs.

“Sorry,” answered the man, “I was never taught how to write.”

“Could you at least sell or do you known how to transact business?” questioned the gaon.

“Then what can you do?” asked the gaon in exasperation.

“I have a sharp head,” replied the young man. “I can advise people what to do and I can offer various plans as to how a person can help himself.”

Taking out some coins the gaon said in a laughing tone, “Very well, here are 20 gold coins, perhaps you can advise me how I can get rid of you?”

A Poor Man Is Better Than A Liar

Once a poor man, a scholar, came to Rav Ephraim Zalman for help. The rav treated the man with great respect, discussed Torah with him and then gave him a donation. Before he left the poor man sighed and said, “Believe me, if I were rich and a poor man came to me, I would have given him much more than you gave me. If only G-d would have blessed me with riches, I would give so much charity that I would practically wipe out poverty in this city.”

The gaon looked at the poor man and smiled.

“How can I take your word,” said the gaon, “When the wisest of all men, Shlomo HaMelech, said the opposite.”

The poor scholar looked up in wonder and said, “I don’t understand, what do you mean?”

“It is very simple,” he replied. “Shlomo HaMelech said in Mishlei (19:22), ‘The lust of a man is his shame, and a poor man is better than a liar.’ It is apparent that the end expression does not harmonize with the beginning of the sentence.

“Every person, especially one who is poor, always desires to give a lot of money to charity. You know the common expression: Every poor person is a great charity giver – that is, he is always promising that when he will become wealthy he will give a lot of charity. So, why doesn’t G-d give the poor people money so they could fulfill their vows? Shlomo HaMelech explains it at the end of that sentence: ‘And a poor man is better than a liar.’ G-d knows in advance that were He to give a poor man money, he would immediately forget his earlier promise and he would never give a penny to charity. Because of this, G-d says to the poor man, ‘It is better that you remain poor than you become a liar.’ For when you will become rich you will be shown up as a liar.” 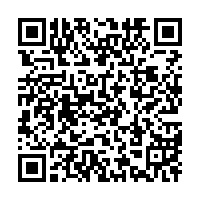